For the Record, William Penn Landed in Chester First 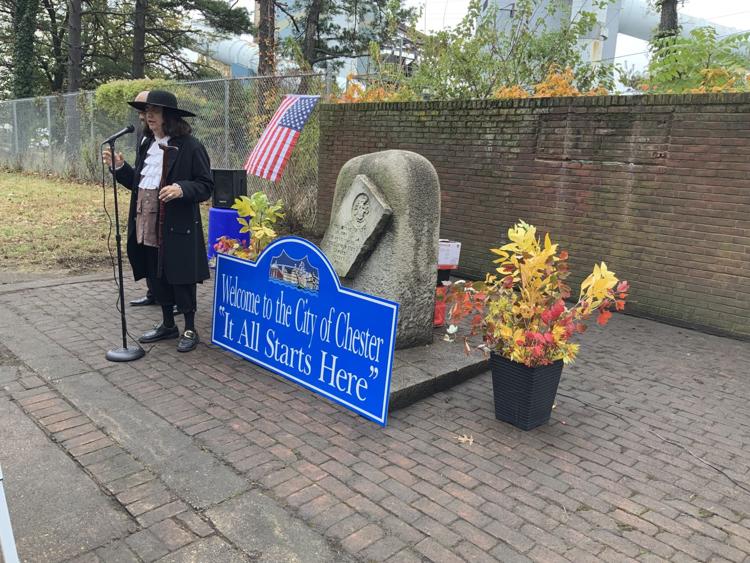 William Penn stopped by William Penn Park in Chester Oct. 30 to mark the 337th anniversary of his landing in the Province of Pennsylvania, and to celebrate his 375th birthday, writes Colin Ainsworth for the Daily Times.

Penn landed on the site where the park is now located 337 years ago and landed in Chester again in 1699 for a second Pennsylvania visit.

He first arrived in what is today New Castle, Del. on Oct. 27, 1682, to perform a ceremony for the legal transfer of property. His ship, Welcome, moored in Chester two days later and he begin meeting with the first settlers of his colony who arrived the prior year.

An 1882 marker in the park indicates the approximate spot where Penn would have set foot on land.

“We want to take Chester, Pennsylvania, national. Because whether they like it or not, Philadelphia has got to understand, William Penn landed here,” said Councilwoman Elizabeth Williams, director of parks and recreation.