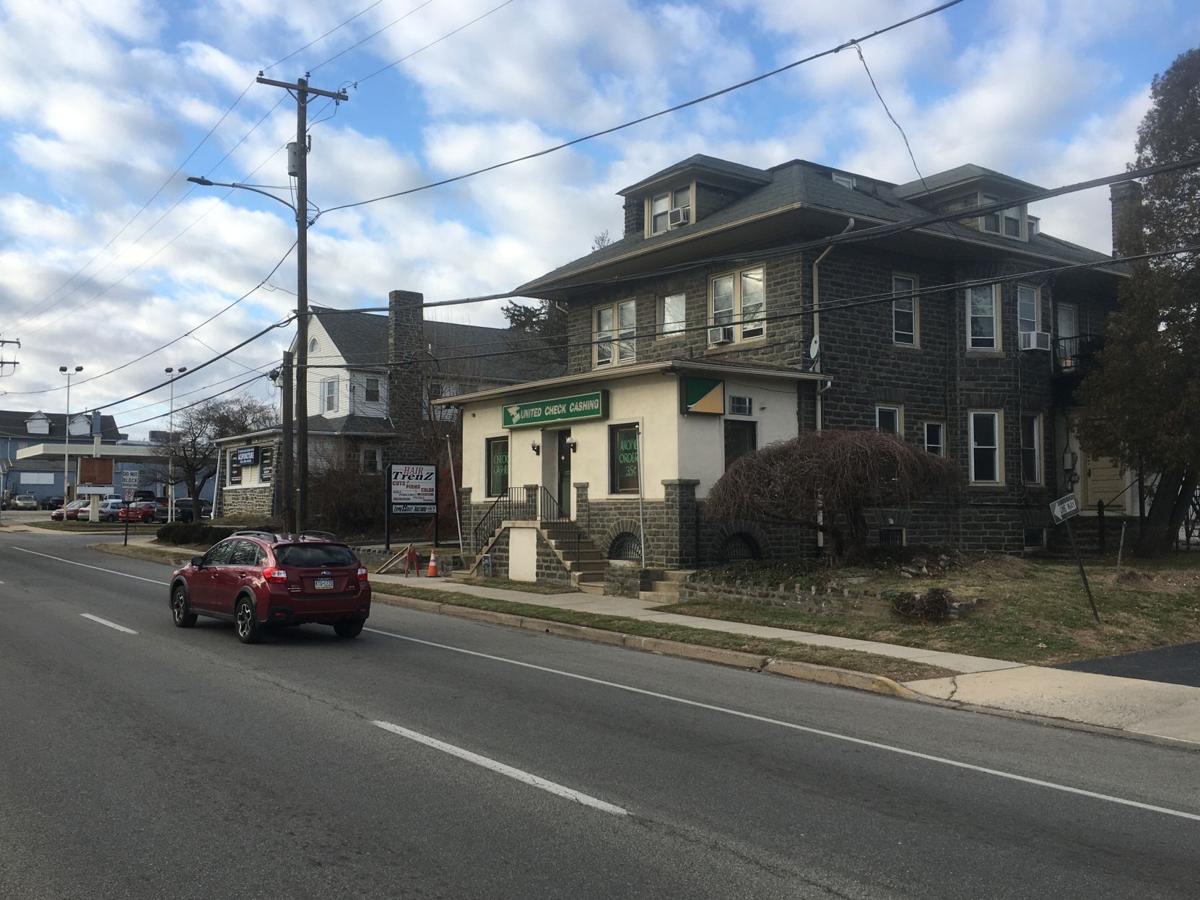 This is one of the locations on West Chester Pike where a billboard has been proposed. Image via Pete Bannan, Media News Group.

A proposal has been made to bring billboards to Haverford Township, re-igniting a 10-year-old protest, writes Linda Stein for the Daily Times.

There is a public meeting tonight in Havertown to address the issue.

A hearing Jan. 21 in Delaware County Common Pleas Court will determine if 47-foot-high billboards should be allowed on top of buildings at 600 and 658 Lancaster Ave. and 1157 and 2040 West Chester Pike.

The township is protesting the proposed 500-square-foot billboards, arguing they could blow over in high winds and are a distraction for drivers.

Though the Haverford Zoning Board rejected the billboards in 2012 following 24 hearings, a series of appeals by Bartkowski Investment Group, owners of the proposed billboards, has led to the new proposal before Common Pleas Court Jan. 21.

This latest proposal introduces slightly smaller billboards than a decade ago.

“The last thing you need with all that traffic and all those kids and everything going on there is to be looking at traffic and watching a billboard to try and get a number for where you’re going to go on vacation,” said Haverford Township solicitor James Byrnes.

Read more about the return of billboards, including a Jan. 14 public meeting here.