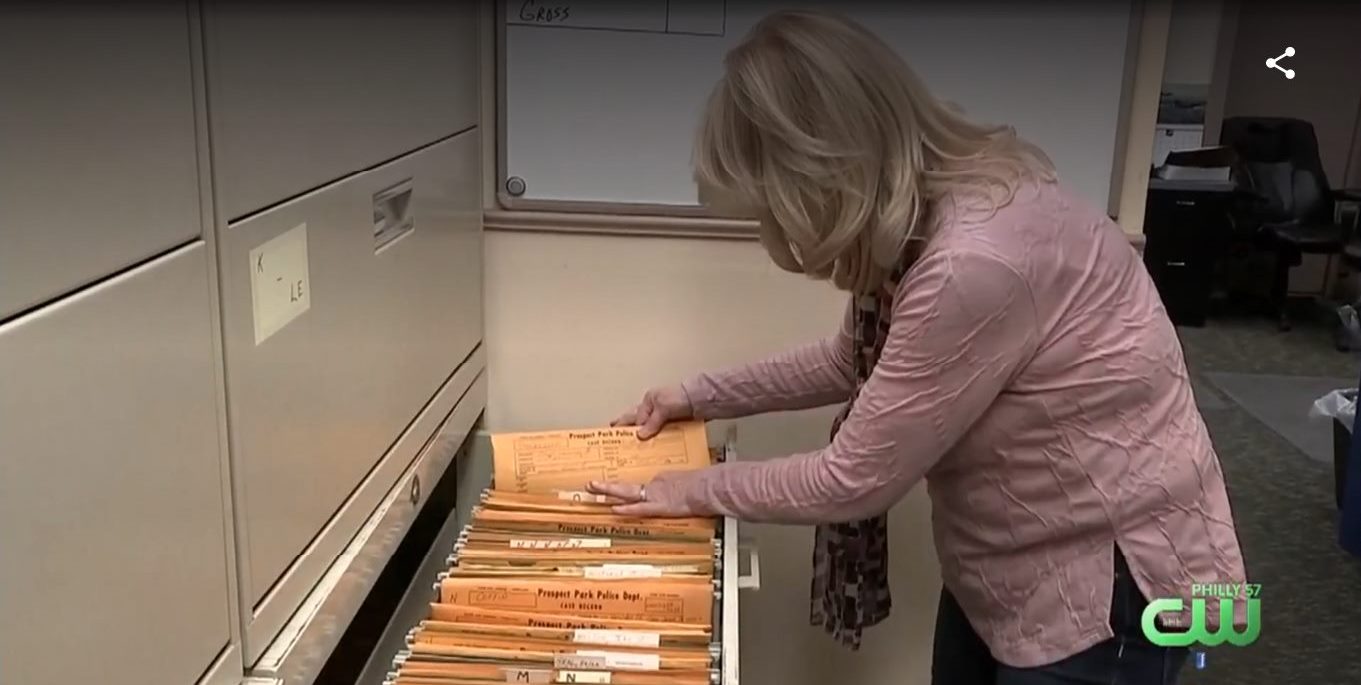 Sorting through evidence folders at the Prospect Park police station. Image via Philadelphia.cbslocal.com.

After a burglar made off with some family jewelry, no one expected to see it again, writes Alexandria Hoff for Philadelphia.cbslocal.com.

But On Jan. 17, Prospect Park police returned the jewelry to a local couple, 33 years after the crime.

The jewelry had been left in an evidence folder at the police station. It was discovered recently by Prospect Park Police secretary Mary Kay Cunningham.

Cunningham noticed one of the old case folders, sitting in the files since 1987, had some weight to it.  At the bottom was the stolen jewelry, stored for evidence long after the suspect had been arrested and prosecuted.

The family admitted the jewelry wasn’t worth much but brought back happy memories when they saw it again.

The burglar also stole a piece of bologna in 1987 that thankfully was never returned.