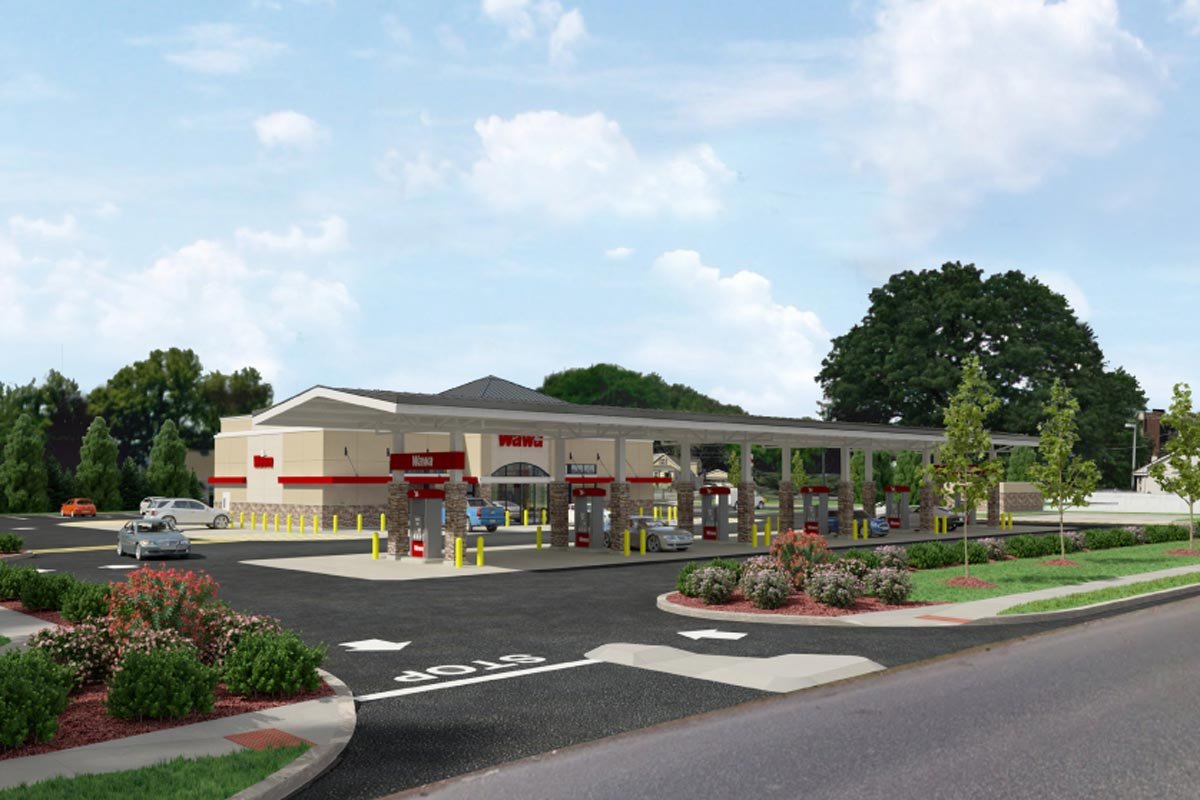 Patience appears to be part of Wawa’s strategy as it ramps up its expansion throughout the suburbs and certain areas for the last decade, writes Natalie Kostelni for Philadelphia Business Journal.

The retailer has sometimes waited years before breaking ground at some locations.

It’s a keen student of demographics, traffic patterns and human behavior so in some neighborhoods, stores are built a mile away from each other.

“In those neighborhoods, the population is so dense and traffic so strong, they do well,” said Michael J. Cooley of Provco Group, which partners with Pineville Properties and Goodman Properties to develop Wawa stores.

The Provco-Pineville-Goodman team became one of Wawa’s preferred development partners about 10 years ago. Rather than continue to self-develop each store, Wawa enlists companies like Provco to buy a parcel, take it through the approval process, install infrastructure and then lease the ground on a long-term basis to Wawa.

Wawa then takes over, building the structure.  It takes about six months for Wawa to build and open a store.

The shift to outsource its development allows Wawa to accelerate its expansion and meet a goal of opening 50 new stores a year.