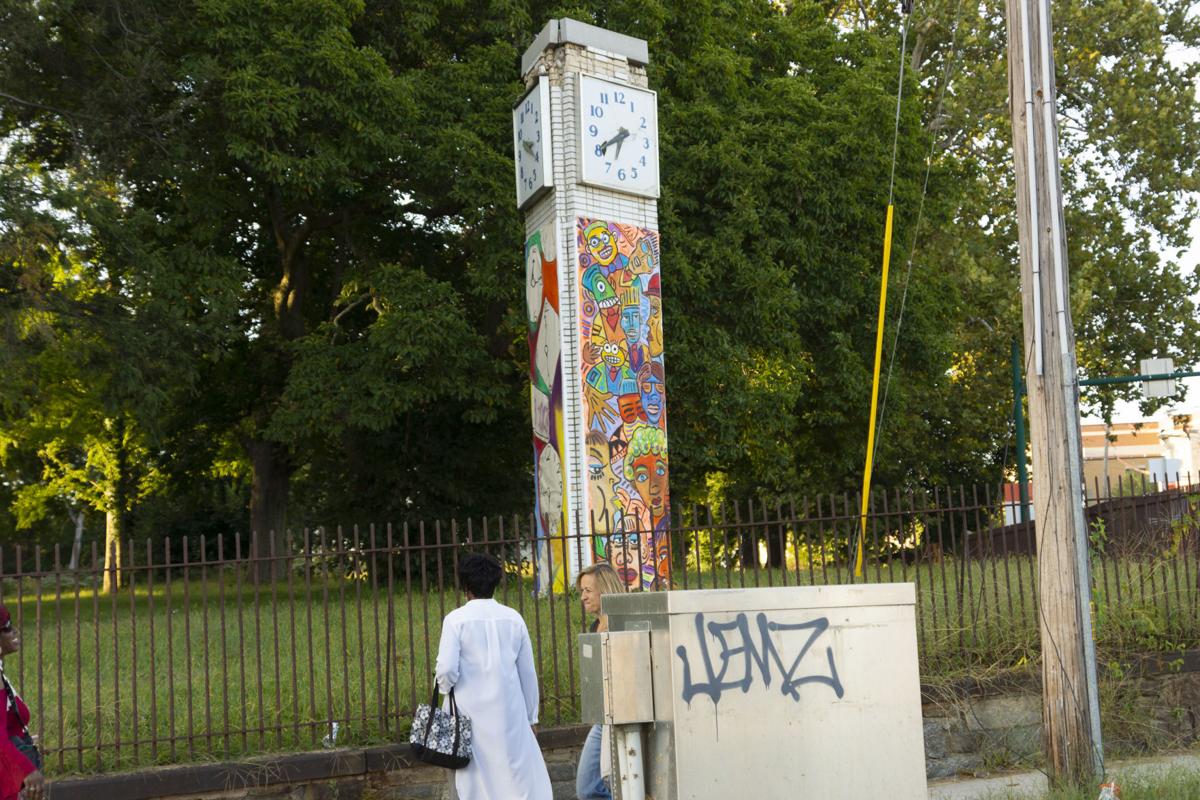 Image via Greg Irvin, Courtesy of the Pennsylvania Humanities Council.

Local artists have given some personality to the Deshong Park clock tower at Ninth Street and Edgmont Avenue in Chester, its first makeover in more than 61 years, writes Colin Ainsworth for the Daily Times.

Artists from the Chester Made collective created three paintings that were mounted below each of the tower’s clock faces.

The panels feature paintings of clocks, faces, and positive messages.

“I read a study not too long ago; it said in neighborhoods where there’s art, crime is reduced by at least 15 percent,” Walls, artist director for Chester Made, told the audience at the unveiling. “We noticed a change in our own neighborhoods, and we’ve been spreading art and love throughout the whole community, starting on Avenue of the States and now all around the city.”

Looking ahead, the artists considered other improvements, like reopening the Deshong Museum on park grounds and fixing the tower’s three clocks to working condition.

The tower was added to the grounds of Deshong Park in 1958.