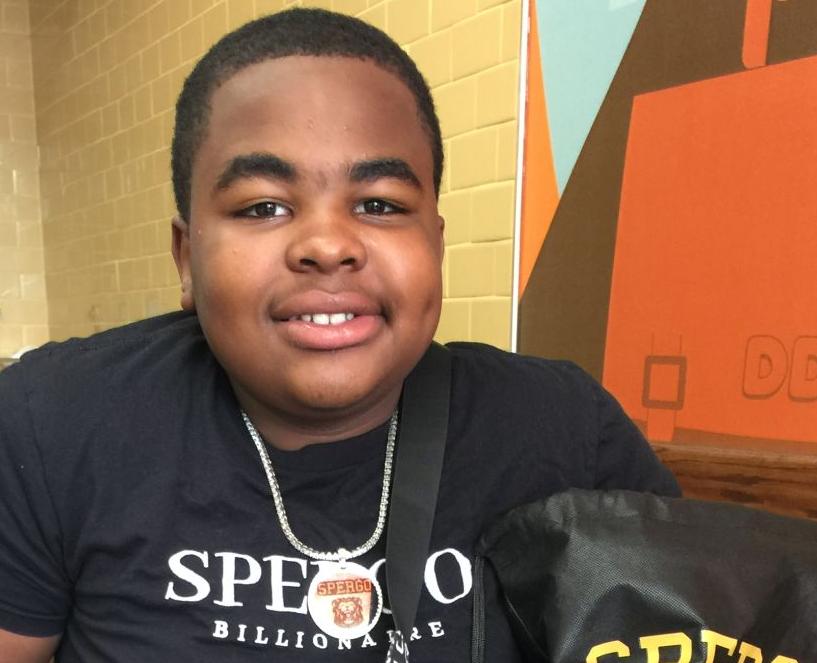 Trey Brown wanted to send a positive message after a 14-year-old was accused of killing a 13-year-old in his old West Philadelphia neighborhood, writes Peg DeGrassa for the Daily Times.

Now the 13-year-old Lansdowne entrepreneur with the SPERGO clothing line is one of the faces in an Invesco QQQ “Investing in Greater Possibilities Together” campaign. He’s on a Times Square billboard, and featured in television and online commercials.

SPERGO combines the words “sports” and “hero” with a tacked on G-O, because he is forever on-the-go, he said.

The “hero” on his logo is an inspirational mentor, spreading positivity and making a difference in the community.

His original clothing is branded with the image of a lion, representing power, strength and courage.

“I want everyone who wears a SPERGO clothing item to stand proud and feel strong and courageous,” Brown stated.

Brown has almost 16,000 followers on Instagram. Meek Mill and Sean “P. Diddy” Combs and other well-known rappers have mentored Brown and promoted his clothing on their social media platforms.