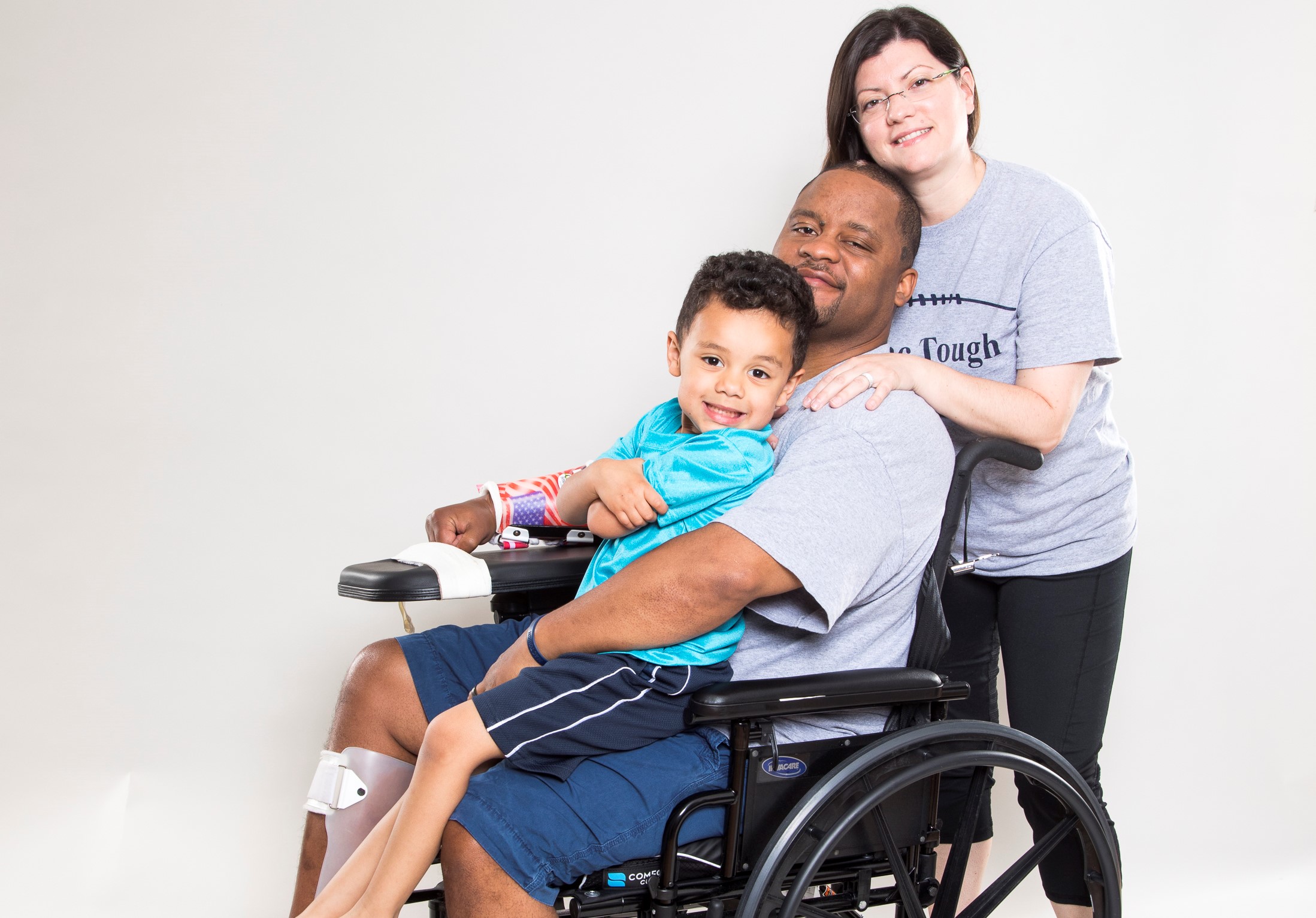 Image of the McIver family via Homers for Hope.

Downingtown resident Chris McIver worked three jobs to support his family. He was a behavioral specialist for a high school in Philadelphia, a football coach at Williamson College of the Trades, and a part-time security officer.

In October 2017, however, McIver’s life, as well as those of his wife Jenna and four-year-old son, changed forever.

The Marple Newtown High School graduate was at work when he collapsed without warning. An ambulance arrived, and it was later discovered that he suffered an AVM (arteriovenous malformation) rupture in his brain.

Lifesaving surgery had to be performed, and McIver was left paralyzed on his right side and unable to speak. He’s been fighting to recover ever since.

McIver’s medical bills are only partially covered by insurance. Enter Homers for Hope, a nonprofit based in Drexel Hill that is on a mission to raise money for local families who are struggling financially due to a tragic event.

Homers for Hope will host a fundraiser – entitled “Bomb Droppers: Softball Longest Drive Competition Presented by First Resource Bank” – on Saturday, April 6 at 1 PM at the Willisbrook Preserve, located at 137 Line Road in Malvern. Proceeds from the event will be added to Homers for Hope’s John D. Schilling II Memorial Fund, which specifically assists families like the McIvers who have a loved one living with a traumatic brain injury.

The public is invited to the event, a tournament featuring a group of sluggers who will square off to determine whose home runs cover the longest distance.