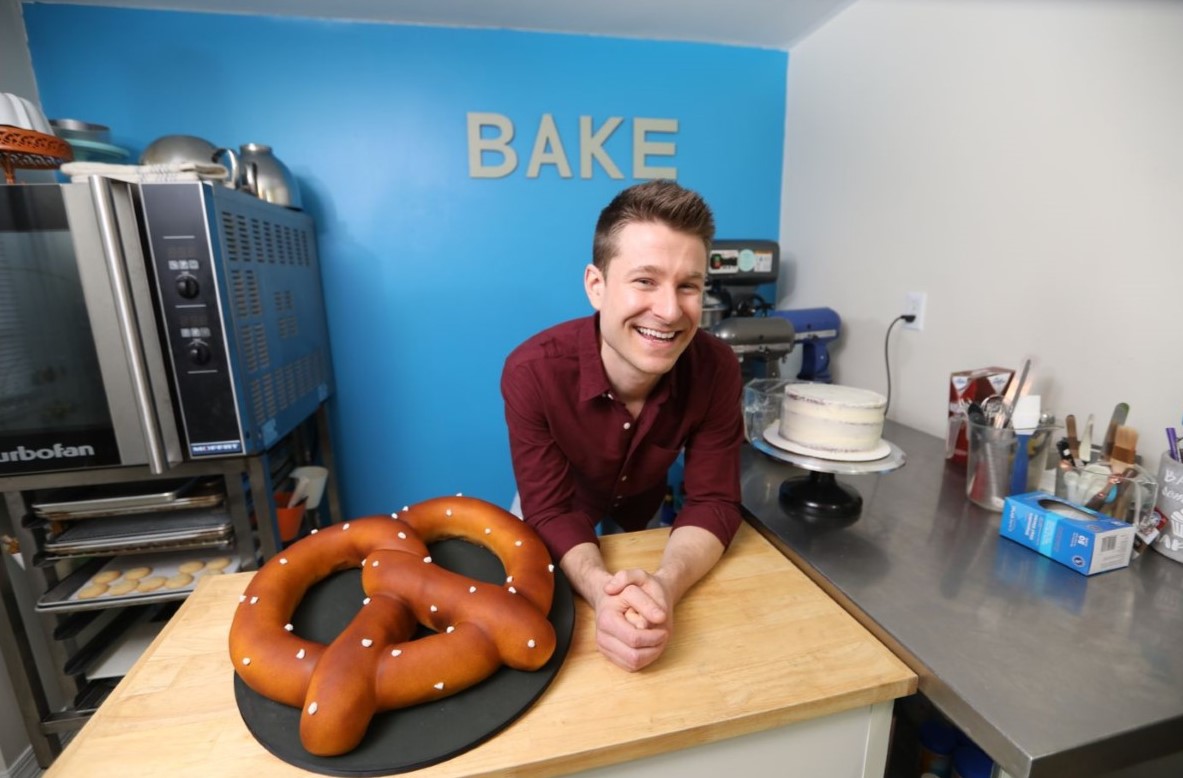 The cake masterpieces created by Dan Langan in the modest kitchen of his Havertown home have been admired by hundreds of thousands of Food Network viewers, writes Allison Steele for the Philadelphia Inquirer.

While in high school, Langan, a self-taught baker, decorated cakes at the now-closed La Dolce Bakery in Havertown. Several years and jobs later, he started making his own cakes for his blog. Four years later, he was showcasing his work to national audiences.

Over the last seven years, he has created increasingly farfetched cakes that range from a bucket of apples to a giant bacon, egg, and cheese sandwich.

His skills have also secured him a place on the Food Network as a competitor, as well as a spot hosting his own online-only show, Dan Can Bake It, and judging on the show Winner Cake All.

Currently, Langan is preparing for the second season of his online show, where viewers give him cake challenges.

“My dream was always to open a bakery,” he said. “Now, I say it’s definitely still on my list, but I’m doing so much other fun stuff that it’s taken a backseat.”

Read more about Dan Langan in the Philadelphia Inquirer by clicking here.