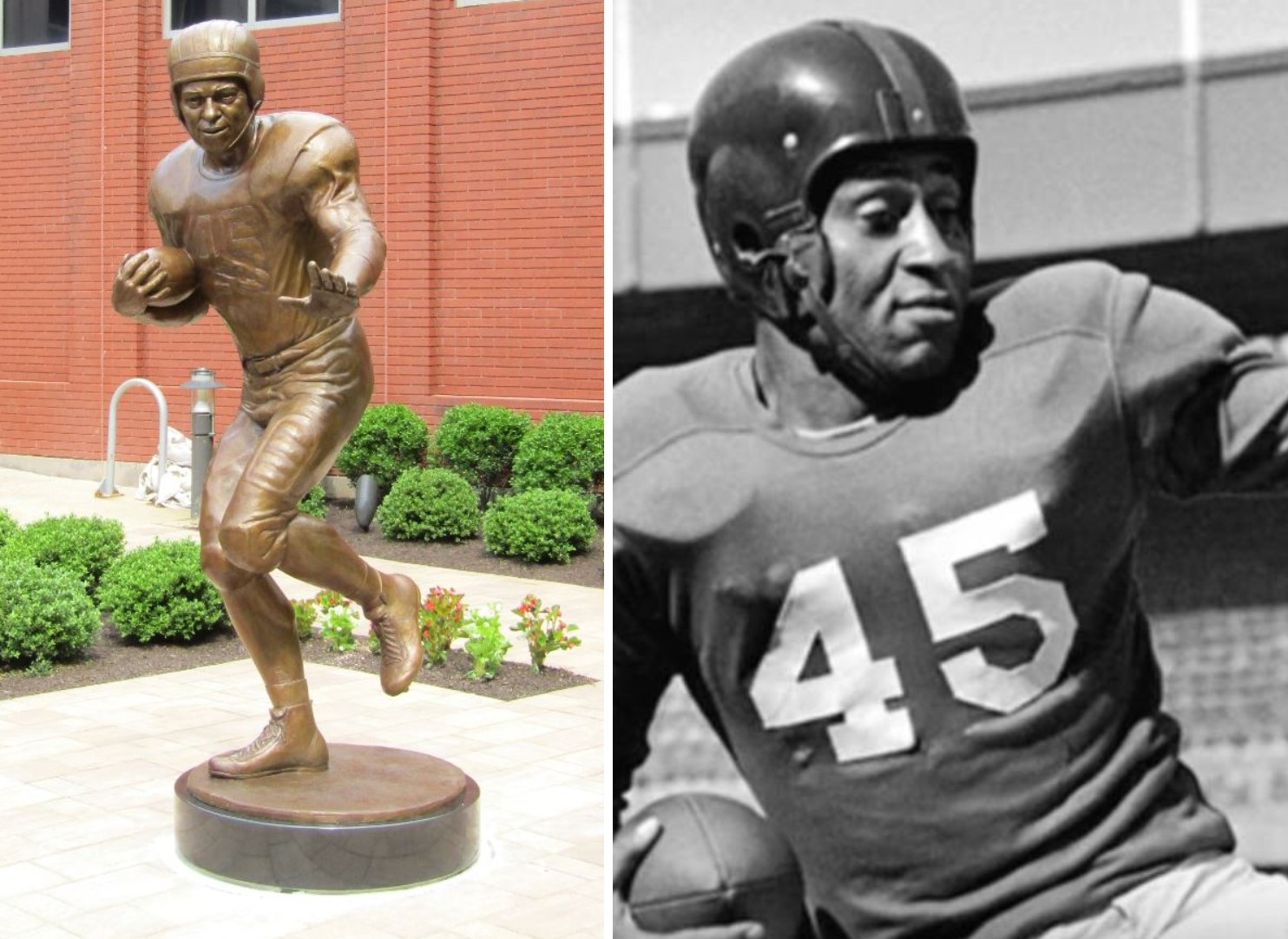 Emlen Tunnell, a World War II hero and the first African-American to play for the New York Giants, has been memorialized with a statue in Radnor, according to a report in Main Line Today.

The seven-foot bronze statue was officially unveiled in front of Radnor Township officials and other supporters. They honored the memory of a man who died more than four decades ago.

“We’ll be erasing blank looks, even on sports fans’ faces, when you raise questions about Emlen Tunnell,” said Phil Damiani, vice president of the Sports Legends of Delaware County Museum.

Tunnell, who grew up in the Garrett Hill section of Radnor, was also the NFL’s first African-American scout and assistant coach.

He broke his neck while playing college football and was thus rejected by the Army and Navy when he tried to enlist. But the Coast Guard accepted him, and he went on to save the lives of two of his shipmates in separate incidents.