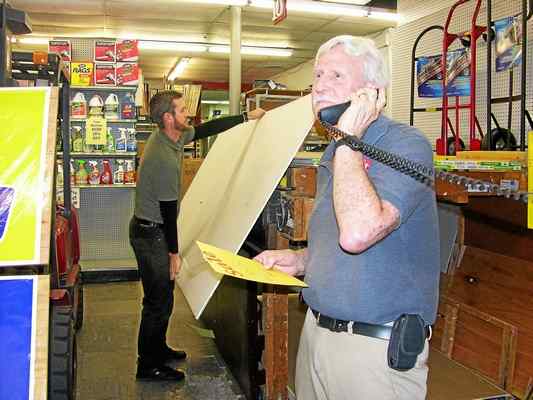 The hardware store has been owned and operated by the father-son team of Sam and Kevin Clyde for the last 12 years. It’s popular with locals who have a love for creating things with their bare hands.

Many people, including the owners, now consider the store’s closing the end of an era.

“It’s been a constant way of life for the last decade, more than that,” said Kevin Clyde.

The store was originally opened by Thom Muth, who later sold it to his brother Lou. It was taken over by the Clydes in 2006.

But first the recession took its toll, and then the store started losing key customer accounts, including Upper Darby Township and Upper Darby School District. And four years ago, a Lowe’s opened nearby.

“It not only impacted us, but it impacted other small hardware stores in the area,” said Sam Clyde.

Read more about the closing of Clyde’s Home Supplies in Daily Times by clicking here.