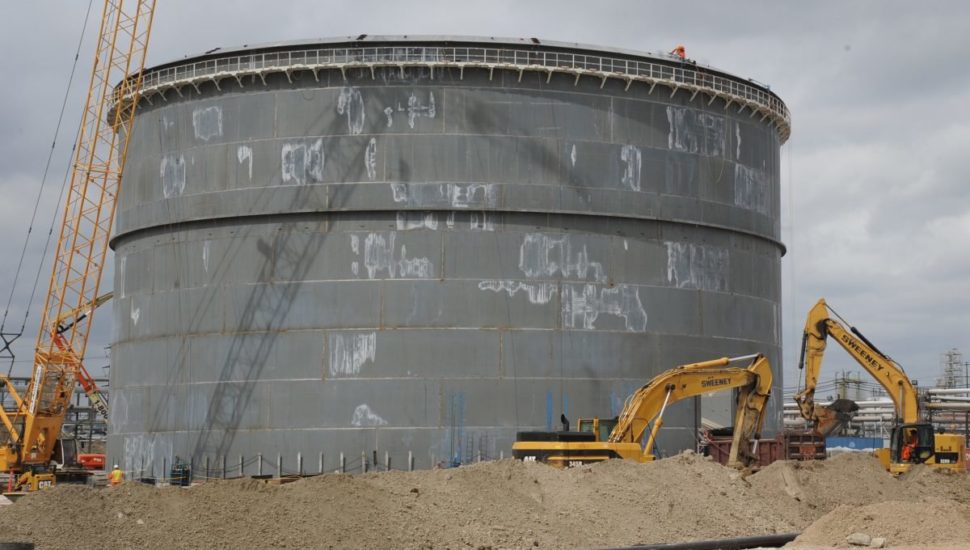 Image of a storage tank under construction at the Marcus Hook Industrial Complex via Clem Murray, Philadelphia Inquirer.

This triples the amount Sunoco currently pays in real estate taxes on the former refinery site, which is now a terminal for the Mariner East pipeline system.

The new assessment was announced by Sunoco and Delaware County officials last week. It gave the property a fair market value of around $180 million, significantly increasing its value from when it was just a refinery.

According to the new assessment, Sunoco will pay around $7.1 million in property tax to Delaware County, Marcus Hook Borough, and the Chichester School District next year. This is a significant increase from the $2.3 million the company paid this year.

Chichester schools are slated to receive close to $5 million, the county will gain about $700,000, and the borough will see an increase of around $1.4 million in property tax revenue.

According to Andrew Weldon, Marcus Hook borough manager, Sunoco’s property-tax payment will account for 15 to 20 percent of the borough’s entire budget.

Read more about the property tax boost in the Philadelphia Inquirer by clicking here.