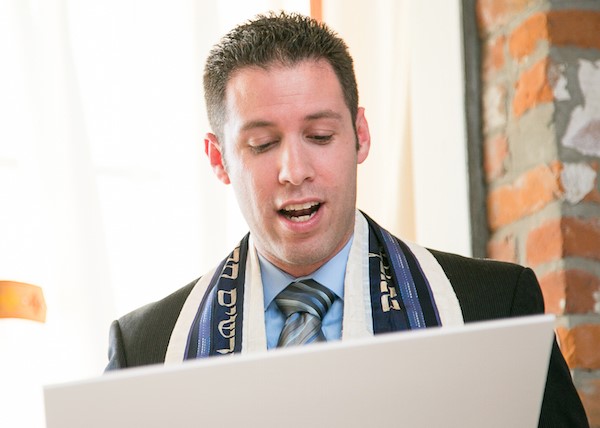 “There isn’t much tradition involved with rock music for Judaism,” said Marx. “Over the last 40 years, folk and pop styles have become mainstream in Jewish worship.”

Four of the tracks on the album are in Hebrew, one is in English, and one combines the two.

“I’m just taking texts that we know and love and sing each week,” said Marx. “Sometimes I took a different spin to the text than what you’d hear in a worship service.”

One of those spins is “Shalom Rav,” a prayer for peace traditionally performed in a soothing arrangement. Instead, Marx uses rock to try to reflect the constant struggle for peace.

The album was recorded with the help of studio musicians at Morningstar Studios in East Norriton, and is now available on iTunes, Amazon, and Spotify.

Marx is also holding a release party for the album on Nov. 11 at 7 PM at the School of Rock in Berwyn.

Read more about In Pursuit in The Phoenix Reporter & Item by clicking here.