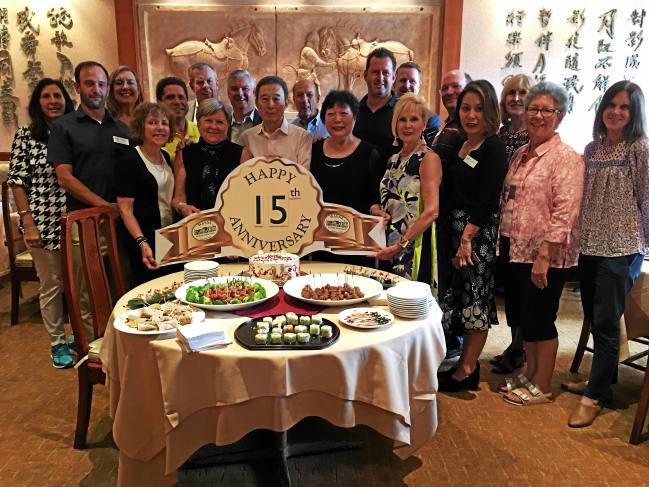 The event was attended by the authentic Chinese and Japanese restaurant’s loyal customers, local dignitaries, and business colleagues, as well as family and friends of owners Margaret and Warren Kuo.

“No matter what you do in life, you should try to do your best,” said Margaret. “Warren and I have always run our restaurants with honesty, integrity, and passion.”

Margaret Kuo’s has won Best of Chinese and Best of Japanese year after year on the Main Line. It has also been named one of America’s Best Sushi Bars by Zagat.

The restaurant has built a loyal clientele, thanks to the active role the owners play in the local community. The Kuos, who live in Delaware County, are actively involved in the Wayne Business Association and in the Wayne Rotary Club, and they support a number of charities, including March of Dimes and the Radnor Educational Foundation.