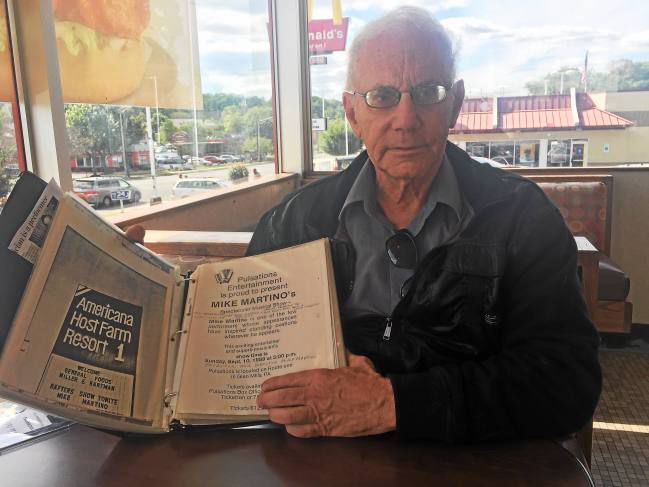 Martino, who refers to himself as “the ultimate showman accordionist,” performed his public concert on Saturday, Oct. 21 at Collenbrook United Church in Drexel Hill.

Known for his mastery of the tricky, wind-based keyboard instrument, Martino also has a performance style that is quite different from other accordionists. He has developed his unique blend of showmanship during his half-century of entertaining people.

“People come up to me all the time and say, ‘I always hated the accordion until I heard you play,’” he said.

But the musician goes much further than just playing some popular tunes. He also puts on a full show for his audience. This includes adding jokes and stories, comedy, impersonations, and a lot of flamboyant antics into his entertaining performances.

“You have to stand out from the others,” he said. “There are musicians and then there are showmen musicians. I am the latter.”

Read more about Mike Martino’s unique showmanship on the accordion and about his concert from Delaware County News Network by clicking here.

All-Girl Doylestown Band Praises 7-Eleven Nachos in Song, Which the Convenience Store HQ Then Takes to the Next Level

Musician Earns Family's Thanks for Soothing Upset Child With Song