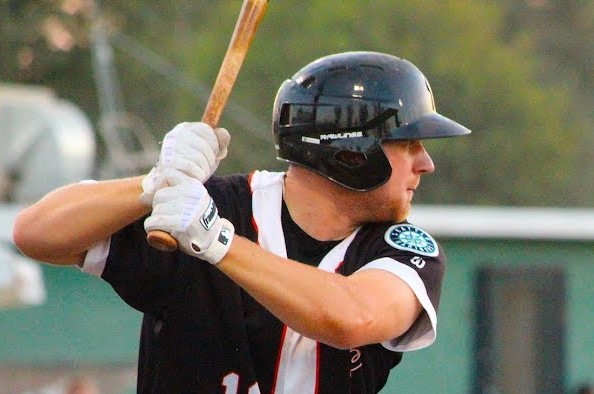 A new switch from third base to catcher has bumped Glen Mills native and minor leaguer Joe DeCarlo into a top-prospect league for this fall. Image via YouTube.

MLB draftee and Glen Mills native Joe DeCarlo is catching on to a new position, and the move back behind the plate is moving him forward to new minor league baseball opportunities.

DeCarlo was one of a handful players in the Seattle Mariners organization picked for the Peoria Javelinas in the top-prospect Arizona Fall League, according to a report in The Seattle Times by Ryan Divish.

DeCarlo has spent five years in the minors after graduating from Garnet Valley High School and becoming a second-round draft pick in 2012.

After switching from third base to catcher — with a little bit of time at first base as well – DeCarlo has posted a .238 batting average with 12 home runs, 43 RBI, 13 doubles, and a pair of triples for the Modesto Nuts.

During the Arizona Fall League, DeCarlo will play a five-day-a-week schedule from Oct. 10 to Nov. 18.