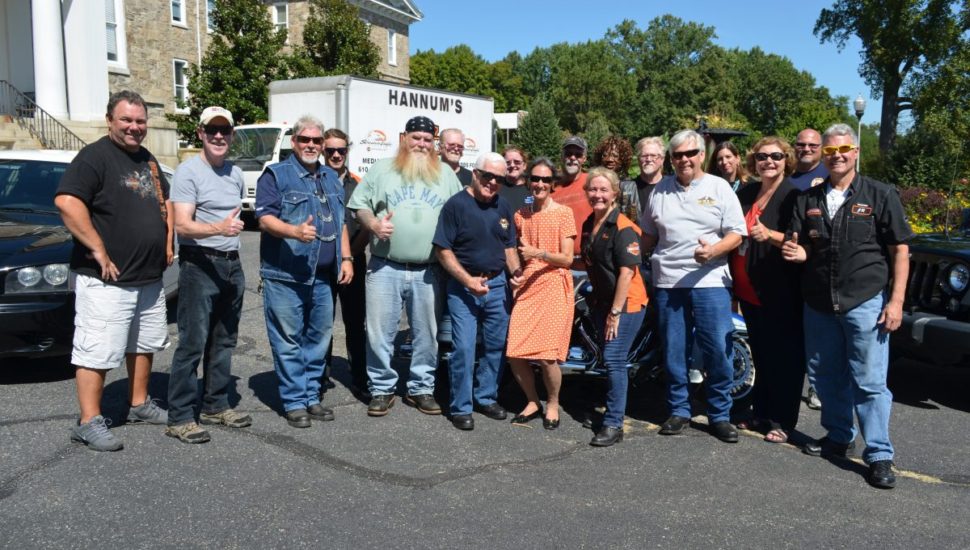 Hannum’s Harley Davidson of Media will partner with the Harley Owners Group today to bring delight to the many children and adults of Elwyn, a premier educational and behavioral health organization based in Delaware County.

The HOG visited Elwyn in September, and everyone in attendance was thrilled to see the riders on their impressive motorcycles. After seeing the happiness they could bring to the individuals Elwyn supports, who are developmentally and/or intellectually challenged, the group decided to return to escort Santa into town.

Santa and friends will begin their tour at 10 AM, beginning at the Administration Building. The full loop around the campus should take almost two hours.

“We are very thankful that Hannum’s Harley Davidson is such a good neighbor to Elwyn, and are grateful for the Harley Owners Group for escorting Santa on his visit to the Media campus,” said Irene Stewart, Elwyn’s Executive Director of Organization Development. “Those we serve will be filled with joy when they greet Santa on campus!”

Always working to develop relationships with local partners to benefit the community and those at Elwyn receiving services, Elwyn appreciates the time and commitment of Hannum’s Harley Davidson and the HOG to enriching the lives of the individuals they support.

Elwyn extends special thanks to Tonda Hannum DiPasquale of Hannum’s Harley Davidson, Bill Hendrickson, President of the Harley Owners Group, and to Mike Mottola, an HOG rider also known as “Santa” during the holidays.