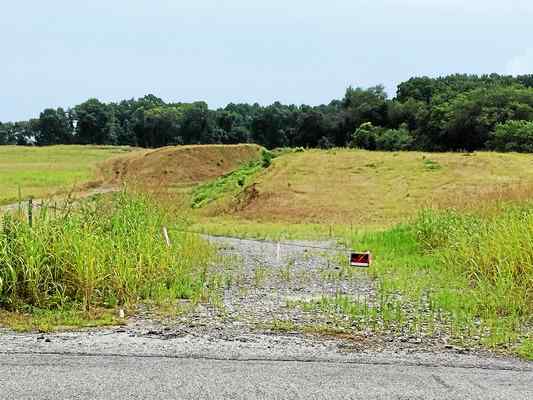 Nine years after being approved, Pettinaro Construction Co. is still fighting to build a new Shops at Ridge Road near the Concord and Chadds Ford line. Image via Leslie Krowchenko, Digital First Media.

Construction of a new Shops at Ridge Road retail destination has waited nine years to break ground just off Route 202 near the border of Concord and Chadds Ford, and a seemingly insignificant condition of approval — No. 19 of 21 — is now making the project wait longer.

Prompted by an online petition of more than 350 residents, Chadds Ford has refused to sign off on roadwork plans surrounding the proposed Shops at Ridge Road, according to a Daily Times report by Leslie Krowchenko.

And developer Pettinaro Construction Co. has taken the issue to court.

At the center of concerns is the expansion of Ridge Road from two lanes to six near what would become the main entrance of the 190,000-square-foot shopping center on 25 acres.

“We contend the main entrance should be off Route 202,” said Luci McClure. “Ridge Road is a little country road, and it would become the entrance for virtually all the traffic and certainly all the deliveries.”

Part of the problem is that plans for the Shops at Ridge Road were approved by Concord before nearby Brandywine Mills Shopping Center was built.

“We are getting all the problems and none of the benefits,” said Sheriden Black. “The tax revenue goes to Concord and the issues come to Chadds Ford.”

Read more about the controversy surrounding the Shops at Ridge Road in the Daily Times here.