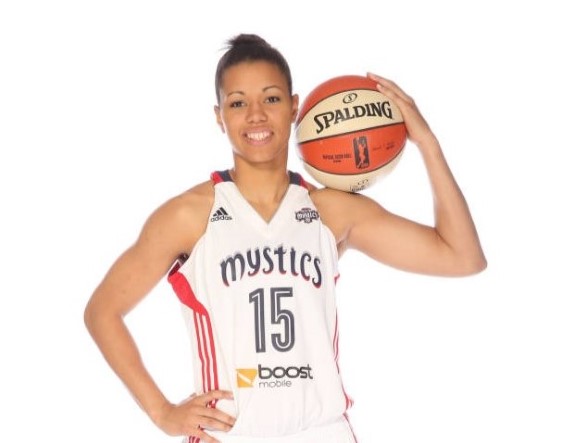 Though no longer starting for the WNBA’s Washington Mystics, Broomall native Natasha Cloud’s shots come a little easier these days.

“Coming off the bench has helped me in the sense that it takes a little pressure off of me,” Cloud said in a CBS Philly report by Matt Leon. “It allows me to just go in and play, and do what I need to do for the team. I’m just here to do my role, and whatever that is, I’ll do for the team.”

In her third pro basketball season, the former Cardinal O’Hara High School star is filling a utility niche for the Mystics, bouncing between point guard, shooting guard, and small forward.

“It’s just a blessing to be able to play basketball for my career and to do what I love for a job,” she said. “It’s been an amazing journey, and it continues to be, and I’m just extremely blessed and humbled to be where I’m at.”

Cloud – who played collegiately at Maryland and Saint Joseph’s – is averaging 4.8 points, 2.6 rebounds, and 2.9 assists in 18.9 minutes per game for the Mystics.