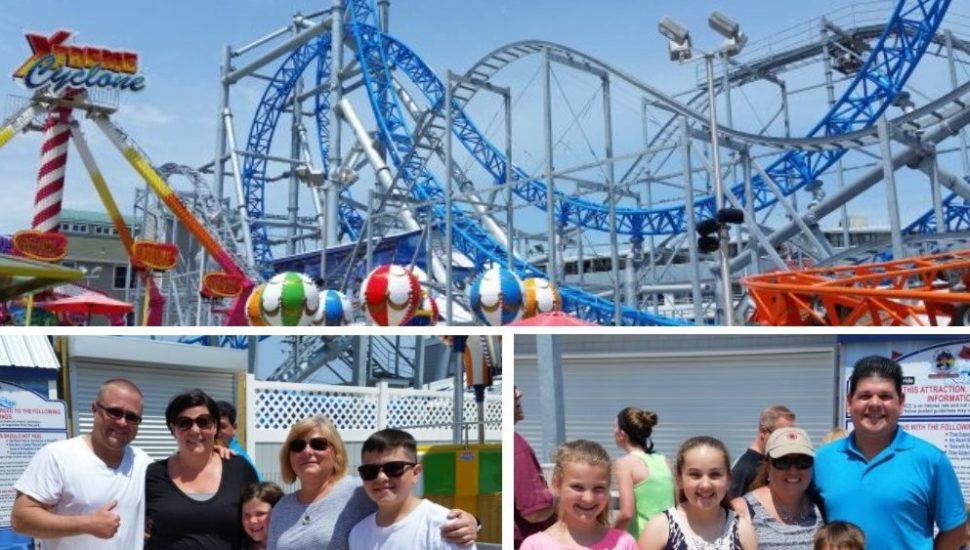 Images of the Plocinik, left, and Shephard families via OCNJ Daily.

The thrill of a brand new rollercoaster above the Ocean City boardwalk lured a pair of Newtown Square families, whose inaugural rides on the Gale Force at Playland’s Castaway Cove were featured in an OCNJ Daily report by Donald Wittkowski.

“Scary, that’s all I have to say,” said 8-year-old Mia Plocinik. She and her dad, Chris, both rode the Gale Force rollercoaster.

“It was fast,” he said. “There were a lot of loop-de-loops. It is the best thing they have going now in Ocean City. They absolutely need something like this ride.”

The rollercoaster winds up to 64 mph, and takes its riders up, down, upside down, and even backward.

“I watched it go up,” Theresa, a structural engineer, said of the construction process. “We were waiting with bated breath for it to open. I think it’s phenomenal. It is a simple design, considering the complexity of the ride.”