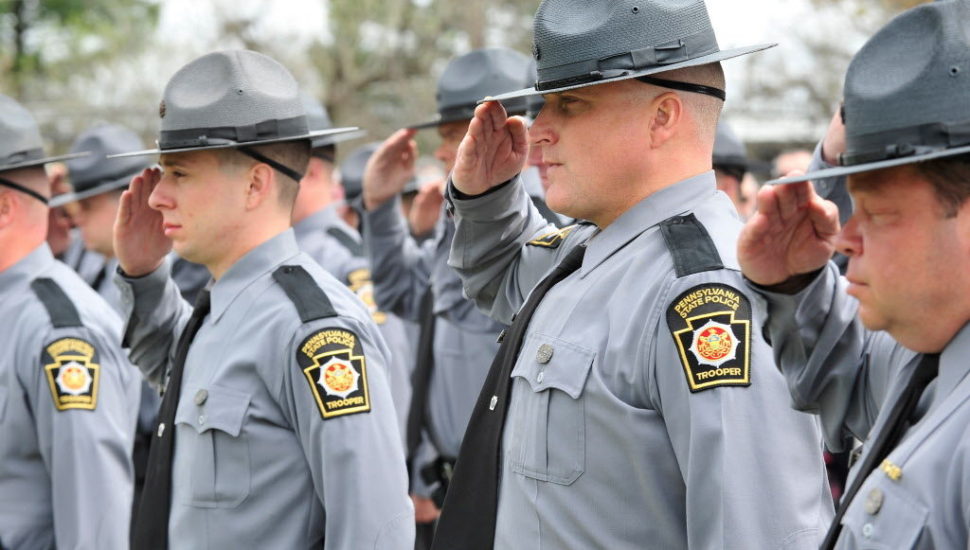 Some of the wealthiest communities in Pennsylvania are benefitting from state police coverage that is paid for by all state residents. Image via LehighValleyLive.com.

While the $1.2 billion in annual state police costs are covered by all state residents, some communities are getting significantly more bang for their buck, writes Emily Previti for Keystone Crossroads.

Nearly half of Pennsylvania’s communities do not have their own police force and instead rely on state troopers for protection. Not only that, but according to a recent study from the Pennsylvania Economy League, those benefitting the most are among the wealthiest communities in the state.

The PEL report scores each community’s fiscal situation in areas such as tax base, median household income, and population. The report then highlights those that have their own local police versus relying on state troopers for law enforcement.

Of the 20 municipalities with the highest score, half are from Delaware County. Out of those, Edgmont, Chadds Ford, Rose Valley, Concord, Middletown, and Chester Heights do not have their own local police, while Bethel, Radnor, Newtown, and Upper Providence do.

“We aren’t saying we think that all 2,500-plus municipalities should have their own police force,” said Lynn Shedlock, spokeswoman for PEL’s central office. “That’s not really practical. It’s not really necessary. But the current system is not fair, it is not equitable.”

Read more about the issue at Keystone Crossroads by clicking here.