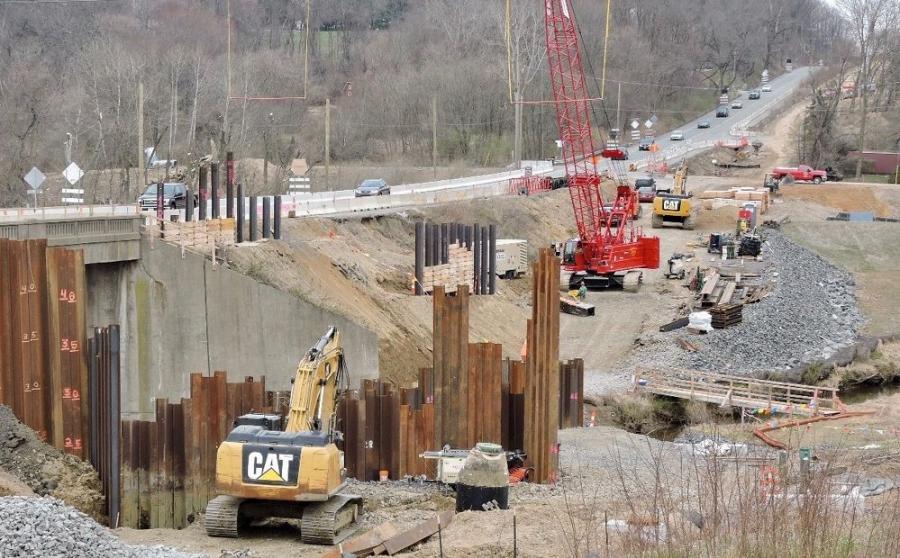 PennDOT is widening around seven miles of a busy highway in Delaware County by increasing U.S. Route 322 from two to four lanes, writes Lori Tobias for the Construction Equipment Guide.

The road being upgraded (Conchester Highway from Route 1, Baltimore Pike, to just east of Route 452, Market Street) is in Concord, Bethel, and Upper Chichester townships.

PennDOT will also improve the four-lane section through the Route 452 intersection. Another 15 intersections and two interchanges are also going to be improved along the project corridor.

“We’ve been talking about doing this since the late ’80s,” PennDOT spokesman Brad Rudolph said, noting that there has been major expansion and growth in the area over the last three decades.

“This is a capacity-adding project,” he said. “We’re doubling the highway.”

Currently, the corridor is being used by around 40,000 vehicles, which is about four times more than when it originally opened 65years ago.

The project is divided into sections. Work on the first section started two years ago and is scheduled for completion in the fall of next year. Construction costs are budgeted at $62.6 million.

Read more about the expansion of Conchester Highway in the Construction Equipment Guide by clicking here.