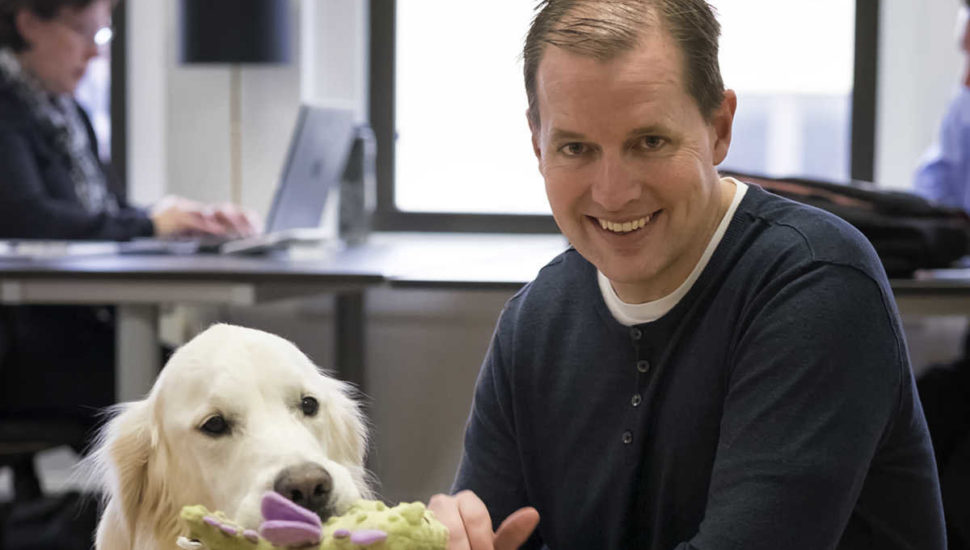 Image of Brock Weatherup and his dog Boulder via Ed Hille Philadelphia Inquirer.

PetCoach, the three-year-old Wayne startup that offers online access to vets 24/7, has been acquired by pet-specialty retailer Petco for an undisclosed amount, writes Diane Mastrull for the Philadelphia Inquirer.

According to Weatherup, talks on a possible sale started in January. This makes the deal significantly faster than the nine months it took the local entrepreneur to sell his previous company Pet360.com to PetSmart for $160 million three years ago.

And while this PetCoach acquisition is significantly smaller, “the investor’s rate of return is much greater,” said Weatherup. He also added that he would be relocating to California as Petco’s executive vice president of strategic innovation and digital experience.

“We believe that an entrepreneurial and digital leader of Brock’s caliber will help Petco exceed the ever-changing digital expectations of the modern pet parent,” said Brad Weston, CEO of Petco.

PetCoach’s 10 full-time staff members in the Philadelphia area and abroad will also see some shakeups, with four moving to the San Diego area to work at Petco.

Read more about the acquisition of PetCoach in the Philadelphia Inquirer here.