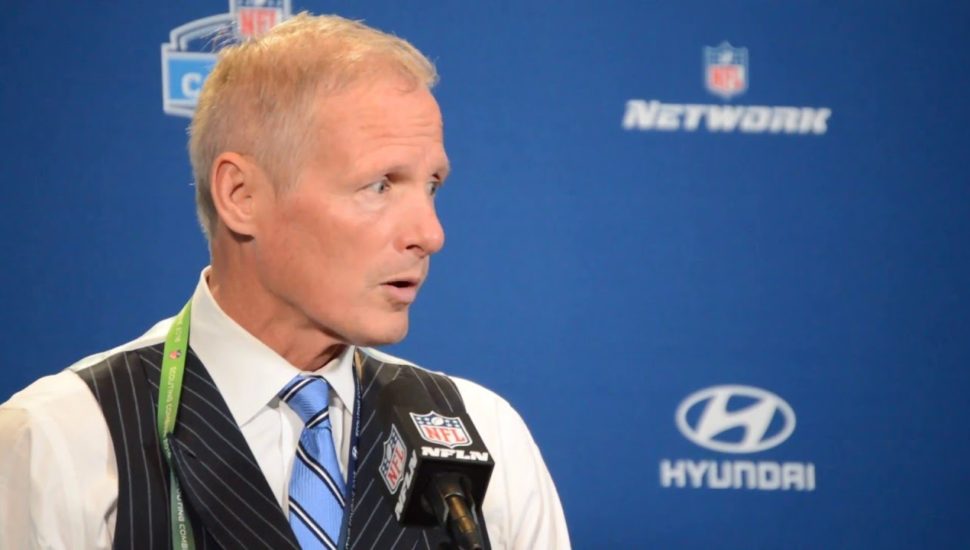 NFL Network draft analyst and Haverford School graduate Mike Mayock is sure to entertain viewers with local stories during the upcoming NFL draft in Philadelphia. Image via YouTube.

Mike Mayock, an NFL Network draft analyst and Haverford School graduate, will entertain guests at the Philadelphia Museum of Art and viewers across the nation during this year’s NFL draft, writes Zach Berman for the Philadelphia Inquirer.

Mayock, who is lead draft analyst at the NFL Network, has become one of the most recognizable faces of the NFL draft. A Delaware County native, he splits his time these days between his home in Wayne and Ocean City. During the three-day telecast, he plans to entertain viewers with sports stories and anecdotes from the area.

The newscaster tried out for both football and baseball during his college years before going on to play for two seasons with the New York Giants. Following that he switched to commercial real estate. Eventually, he gave broadcasting a try by commentating on high school games.

This led to him becoming a national analyst. However, Mayock tries to avoid being viewed as a coat-and-tie studio veteran.

“I don’t view myself as any different than when I was doing football games on the radio at West Chester Henderson and Ridley, which is where I started,” said Mayock. “The only difference being a ‘national analyst’ is there’s more people critiquing you.”

Read the entire interview in the Philadelphia Inquirer by clicking here.