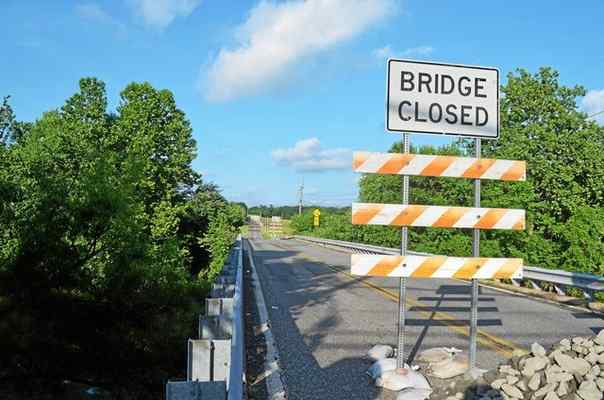 Image via the Pottstown Mercury.

There’s nothing like a bridge over troubled waters, except when that bridge itself is in trouble.

Such is the case for 19.9 percent of all bridges in Delaware County, according to a report in The Washington Post by Denise Lu and Dan Keating.

Drawing data from the Federal Highway Administration’s 2015 National Bridge Inventory, 72 of the county’s 361 bridges are structurally deficient due to defects, while 90 are functionally obsolete due to traffic needs that are greater than what the bridge can handle.

The local share of deficient bridges is more than double the national average of 9.4 percent, but not quite as bad as neighboring counties with more bridges to deal with:

“A low score does not mean that a bridge will fall, but it indicates that it needs repair,” the article explained. “Bridges with posted load limits are in greatest need of repair.”