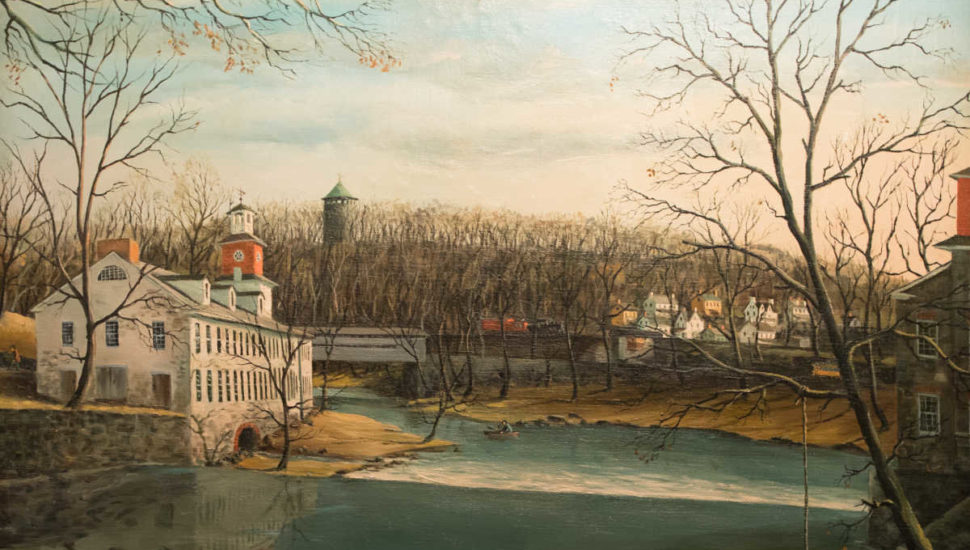 Image of "The Brandywine" by Frank Jefferis via the DuPont Co.

The demise of the DuPont Co.’s Wilmington headquarters has led to a procession of famous artwork – like N.C. Wyeth’s “Island Funeral” – across the state line to a “delighted” Brandywine River Museum of Art.

The museum, near the Wyeth family’s Chadds Ford homes and studios, has been given a share of 20 DuPont-owned artworks, alongside Wilmington’s Delaware Art Museum and Hagley Museum & Library, according to a Philadelphia Inquirer report by Joseph DiStefano.

The DuPont donation, made ahead of the company’s merger with Dow Chemical Co., features work by N.C. Wyeth, Jamie Wyeth, Frank Schoonover, Frank Jefferis, and Edward L. Loper that was previously housed at the Wilmington headquarters and Hotel du Pont.

“More people will be seeing ‘Island Funeral,’ the most significant picture, and I’m glad. Not everyone had lunch at the Hotel du Pont,” said art historian Lawrence Nees.

Read more about the DuPont gift of Wyeth paintings to the Brandywine River Museum of Art in the Philadelphia Inquirer here.