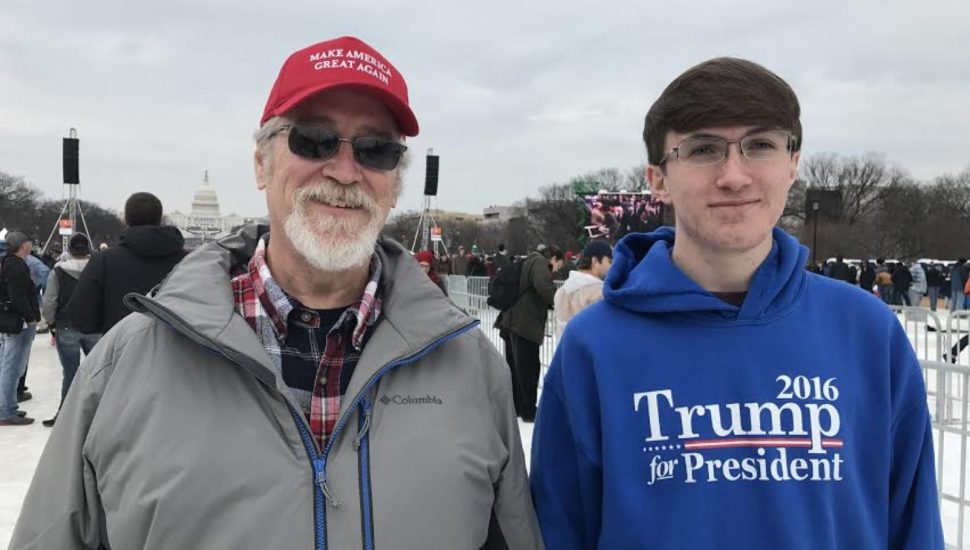 Photo of Ed and Matt Gane of Aston courtesy of Danielle Paquette, The Washington Post.

Matt Gane, a 17-year-old from Aston, recently got the chance to share his positive perspective about life under the Trump Administration, writes Danielle Paquette for The Washington Post.

Gane who traveled to Washington, D.C., to watch Trump get sworn in was overjoyed to hear him mention factories three times during his inaugural address. This made the teenager feel like the new President was talking about his hometown in Delaware County.

“If Trump does what he promised,” said Gane, “if he brings back the jobs, there are going to be plenty of opportunities.”

Although Matt was too young to vote in this election, he supports President Trump for his promised push to bring back American jobs and industry. Matt is already considering his future career, which may lean toward being a nurse like his mother, a teacher, or an engineer like his father.

His father, Ed Gane, who accompanied Matt to the inauguration ceremony, drafts layouts on contracts for local manufacturing plants.

“Where I’m from, we see kids get engineering degrees and then end up working at a McDonald’s,” Ed said. “If you don’t have manufacturing, you don’t need engineers.”

Read more of the teenager’s views in The Washington Post by clicking here.