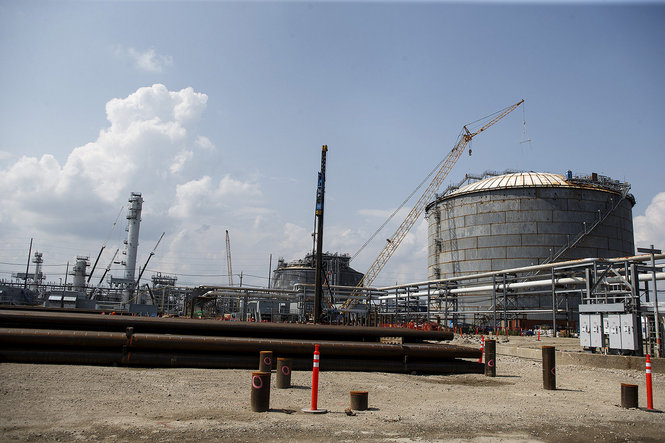 Photo of the Marcus Hook Industrial Complex courtesy of the Harrisburg Patriot-News.

Proponents of the lauded and controversial push to convert Philadelphia and its suburbs into the country’s energy hub are hoping to get a boost after Donald Trump takes over as President, writes Michelle Caffrey for the Philadelphia Business Journal.

Business leaders have been working on promoting the city’s potential in the energy sector for the past two years as a potential boost to both the manufacturing sector and the local economy in general. Opponents, however, have emphasized the potential environmental damage from fracking and the construction of a new pipeline.

Advocates of the plan are now hoping that a Trump Administration and the deregulation that could accompany it will re-energize their efforts. However, despite the rollback of federal regulation, the issue will still depend on the Democratic state governor and local jurisdictions.

He added that he is encouraged by Trump’s promises of big infrastructure improvements and a rollback of federal regulations.

Read more on the issue in the Philadelphia Business Journal by clicking here.