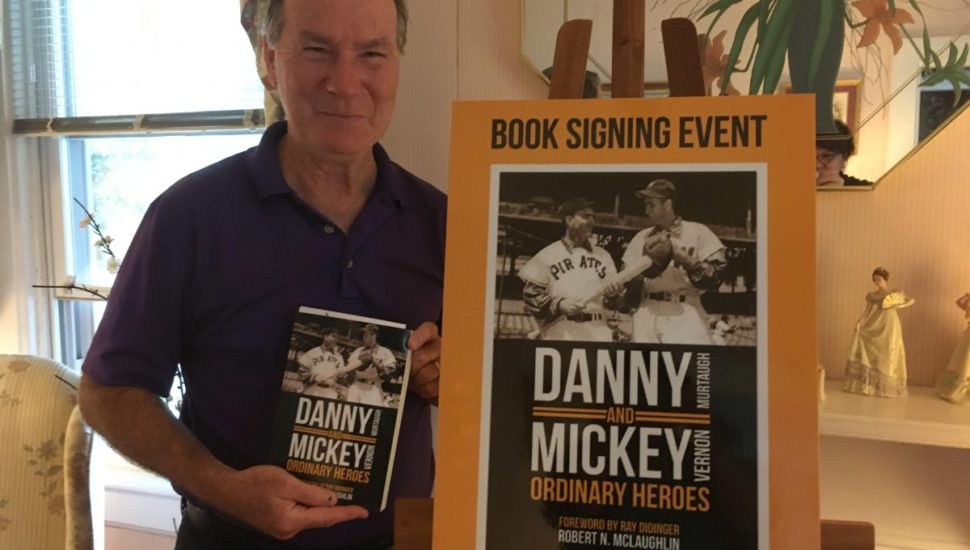 McLaughlin, who retired from an Engineering Construction career four years ago, has combined his fondness for writing and sports with his admiration for these two local legends into his first book, entitled Danny and Mickey, Ordinary Heroes.

The book tells the story of the lifelong friendship between Murtaugh, who managed the World Series-champion Pittsburgh Pirates in 1960 and 1971, and Vernon, who was a seven-time American League All-Star and A.L. batting champ in both 1946 and 1953.

The book evolved from an initial screenplay written by McLaughlin, who thought the story would be ideal for the big screen.

“I identify with these two kids,” he said. “We all came from the same background, the same place, and I feel a connected spirit with them.”