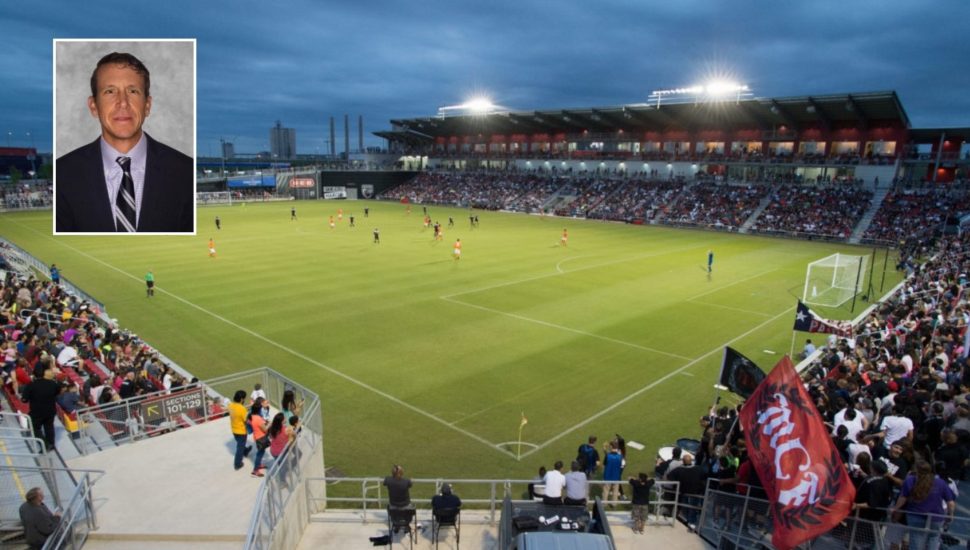 Holt’s soccer career goes back to his college days at Penn State, when he spent his summers helping run FC Delco’s camps.

By the time he was 30, Holt was the Director of Operations for the A-League, which was rebranded as the USL’s first division 12 years ago. During his 16 years at the helm, the USL has flourished to become the second division of American soccer.

Now, as the managing director of San Antonio FC, Holt hopes to get one of the open spots during the MLS’s next, and possibly last, expansion to 28 teams. With his experience in the league, he believes San Antonio FC has a good shot.

“The ultimate goal here is to bring Major League Soccer to San Antonio,” said Holt. “That is the vision and long-term goal. There’s a long way to go, but I think we’re headed in the right direction.”

Read more about Holt’s MLS bid in the Daily Times by clicking here.