Joe Miceli of Chadds Ford: a Philly Hero, but Quietly 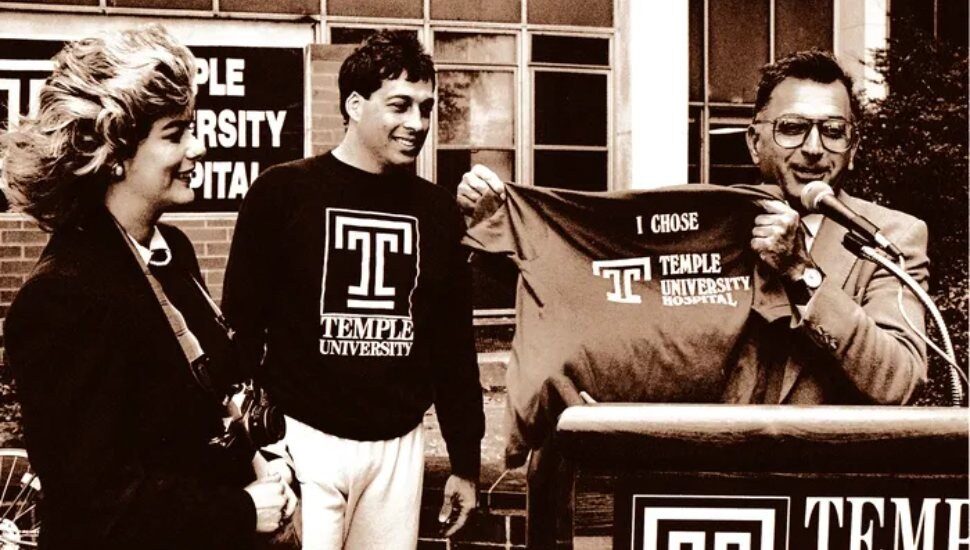 Image via Alan Miceli
Joe Miceli and his wife, Carol, at Temple University Hospital just before the start of his bike ride, standing next to Temple's president at the time, Peter Liacouras.

You won’t see Joe Miceli of Chadds Ford on the cover of Time Magazine, but he’s still extraordinary, writes his brother Alan Miceli for The Philadelphia Inquirer.

The football coach at St. Eugene’s parish junior high team in Primos had an ideal life laid out in 1978. He had turned 20, and planned to marry his high school sweetheart, Carol, work at the DuPont factory in Grays Ferry, buy a house, have kids and live the American dream, Alan Miceli writes.

Then he was diagnosed with lupus. It attacked his brain, central nervous system and other organs.

After the fourth year with the disease, he entered a prolonged remission.

He has used his precious recovery to help family, friends, and others. He did house and vehicle repairs, used his football skills form high school to coach at St. Eugene’s and he met with fellow lupus patients to listen and encourage.

Joe Miceli conditioned himself to bike with his brother, a cancer survivor, 60 miles from Philadelphia to Smithville, N.J. in 1985 to raise money for the American Cancer Society.

Then he biked round trip in 1987 from Philadelphia to Pittsburgh, raising $21,000 for lupus research.

Read more about Joe Miceli in The Philadelphia Inquirer.