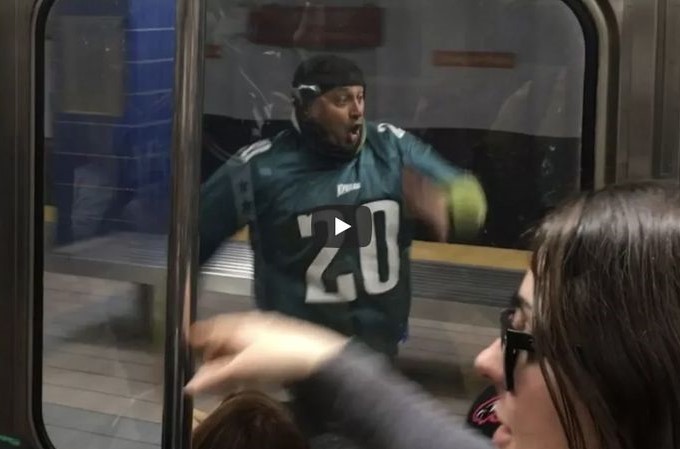 It didn’t take long for the video – that shows Jigar Desai, an overzealous Philadelphia Eagles fan, colliding with a subway pillar as he tried to excite the crowd on a moving train – to go viral, writes Dan McQuade for Deadspin.

Days after the incident, Desai is now an Internet celebrity whose video has been seen by millions of people. He has also been interviewed by The Associated Press and featured on FOX 29 News with the people who filmed it.

Luckily for Desai, the impact did not cause serious injury.

“Physically, I have a little bit of soreness, and I feel better this morning than I did yesterday,” he said.

Emotionally, it is another story.

“I feel great,” he said. “The Eagles are going to the Super Bowl.”

Desai emphasized that the incident took place before the game, not after. He was watching the pre-game at his brother’s place in South Philly, before heading down to Linc.

“I was running toward the train,” he said. “I just wanted to give a final ‘Go Birds!’ to the folks that were there. And that’s when the pole made a great tackle!”

Read the entire interview from 2018 with Eagles fan Jigar Desai at Deadspin by clicking here.