Chris Ford, Celtics Coach and Player, Was at Villanova First 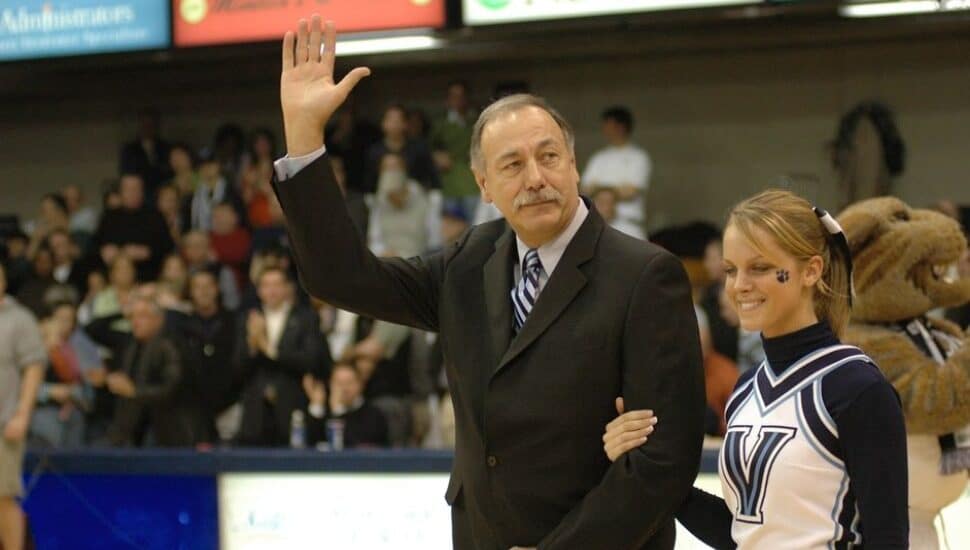 Image via villanova.com
Chris Ford at his 2006 jersey retirement ceremony at the Pavilion in Villanova

NBA coach Chris Ford, whose early career included playing for the Villanova Wildcats, died Wednesday at the age of 74, writes Kyle Hightower for The Associated Press, as reported in myarklamiss.com.

Ford earned MVP his first season with the Boston Celtics. He was a member of the Celtics 1981 championship team and is credited with scoring the league’s first 3-point basket.

He is one of only four former Celtics to win championships as a player and coach.

“Chris was beloved by his family, friends, and teammates. He had a great love for his family, the city of Boston, the fans, and the entire Celtics family,” a family statement said. “He always showed humility and respect for all those that were fortunate enough to be a part of his life.”

Ford was drafted out of Villanova by the Detroit Pistons in 1972 and was there six seasons before being traded to the Celtics.

Read more about the life of Chris Ford in myarklamiss.com.

This Delaware County Athlete Was in a League of Her Own