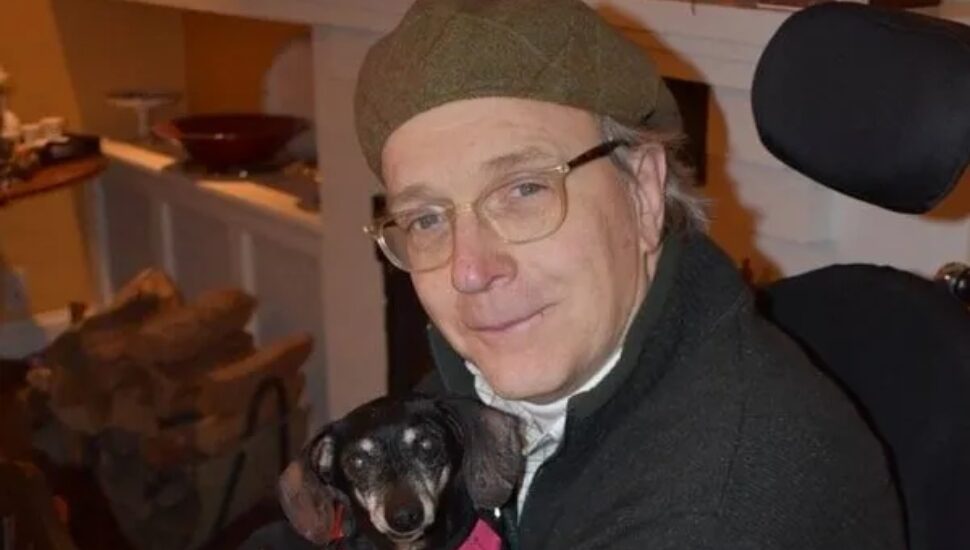 A 63-year-old St. Davids man, Mark W. Knight, who did camera and sound work for big sporting events, has died.

He was the company’s liaison to NFL Films and made music videos for local bands in Philadelphia and New York, and promotional videos for the Brandywine Polo Club.

In 1987, at age 29, Mark W. Knight was in a bodysurfing accident that paralyzed him from the upper chest down.

His photographs, taken from his wheelchair, offered a unique perspective and were featured in a Villanova University exhibit in 2018.

Mr. Knight worked at Vanguard for 17 years, starting in the business development group, advancing to the high-net-worth asset management services department. He retired in 2014.

“He did what he had to do,” said his wife, Grace Ziesing. “He was a creative guy, and he exercised his creativity after his accident by going into retail and finance. He had a joy for life and a joy for people.”

Read more at The Philadelphia Inquirer about the life of Mark W. Knight.