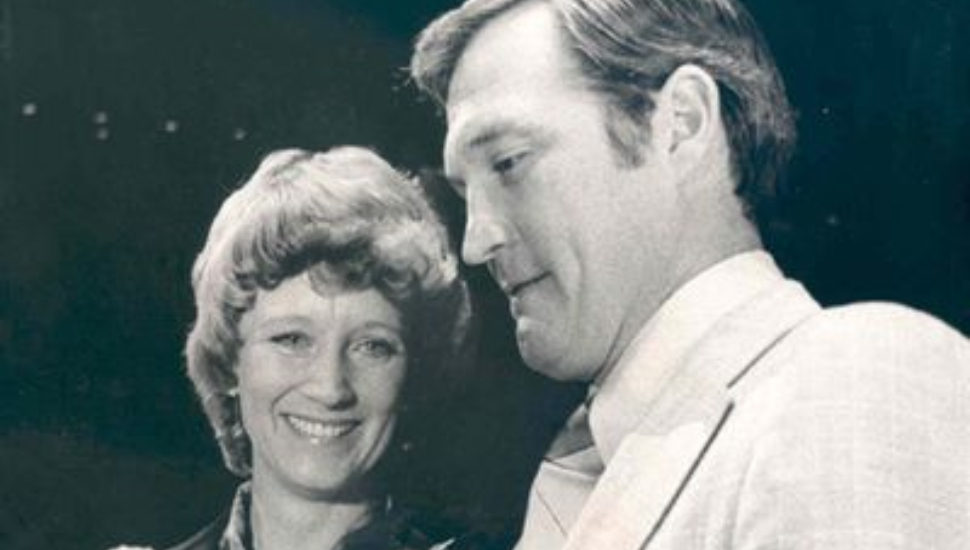 Image via The Philadelphia Inquirer.
Donna Ashbee and husband Barry in 1975.

Donna Ashbee of Glen Mills, 82, was quiet and kind, and well-liked by the team, writes Gary Miles for The Philadelphia Inquirer.

She was active with the Flyers Wives Carnival.

Barry was an assistant coach with the Flyers who died of leukemia in 1977.

A trophy in his name is given each year to the Flyers’ best defenseman. Mrs. Ashbee would present the trophy to the chosen player.

“She loved hockey and the Flyers, and the whole family atmosphere around the team,” said her daughter, Heather Oehler.

The Flyers alumni association said on Twitter, “Donna was a wonderful person, and will be missed by all.”

She met her husband while they were high school juniors in Weston, Ontario, Canada.

They lived in Hershey while Barry was in minor-league hockey, then moved to Rose Tree-Media when he joined the Flyers in 1970.

Read more at The Philadelphia Inquirer about the death of Donna Ashbee.

EntertainmentFlyers’ Iconic Logo Featured in ‘The Goldbergs,’ Show Based on Life of Jenkintown Writer, ProducerJune 25, 2020

EntertainmentFlyers’ Iconic Logo Featured in ‘The Goldbergs,’ Show Based on Life of Jenkintown Writer, ProducerJune 25, 2020