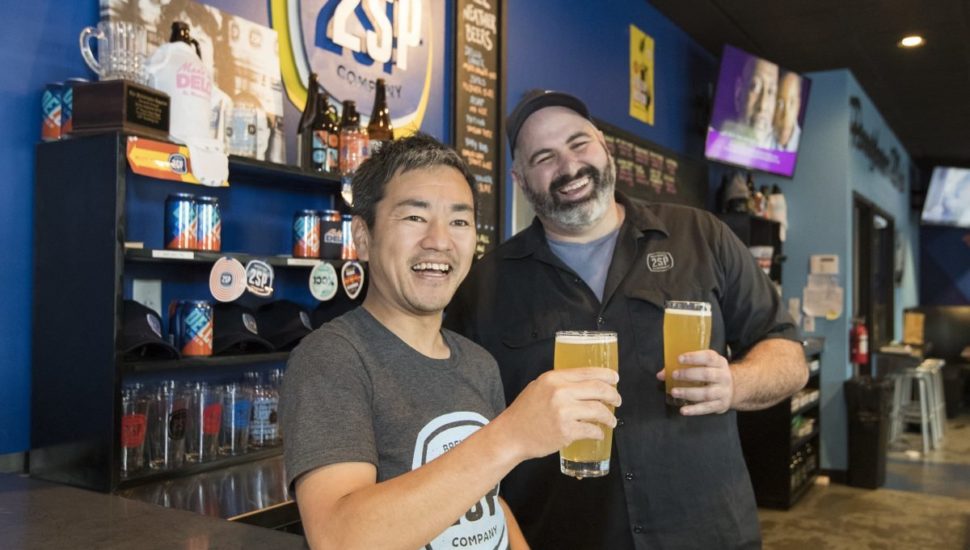 Aston’s 2SP Brewing is hoping to cultivate a passionate fan base for its Delco Lager and three more of its beers in Japan when it enters the Japanese market next month, writes Diane Mastrull for the Philadelphia Inquirer.

The Delaware County brewery found its way to this potentially very lucrative market thanks to the friendship between Michael Contreras, 2SP’s part-owner and director of sales and marketing, and Junnosuke Nakamura, a beer distributor in Japan. The two men met while playing rugby at Claremont Graduate University and bonded over – what else? – beer.

A decade later, they crowned the friendship with a business deal.

Nakamura, who has just signed distribution deals with three more East Coast craft breweries, will be shipping 200 five-gallon kegs in the first run, 80 of them from 2SP.

He has calculated that, with shipping costs and the high tax Japan puts on beer, a pint of Delco will most likely cost $9 or $10. However, despite the high cost, he estimates that the first batch will be gone in two months, as he has around 20 restaurants, bars, and bottle shops eagerly awaiting delivery.

“We have a lot of New York-style restaurants in Tokyo,” Nakamura said. “They don’t have any craft beers from the East Coast.”

Read more about 2SP Brewing’s plans in the Philadelphia Inquirer by clicking here.