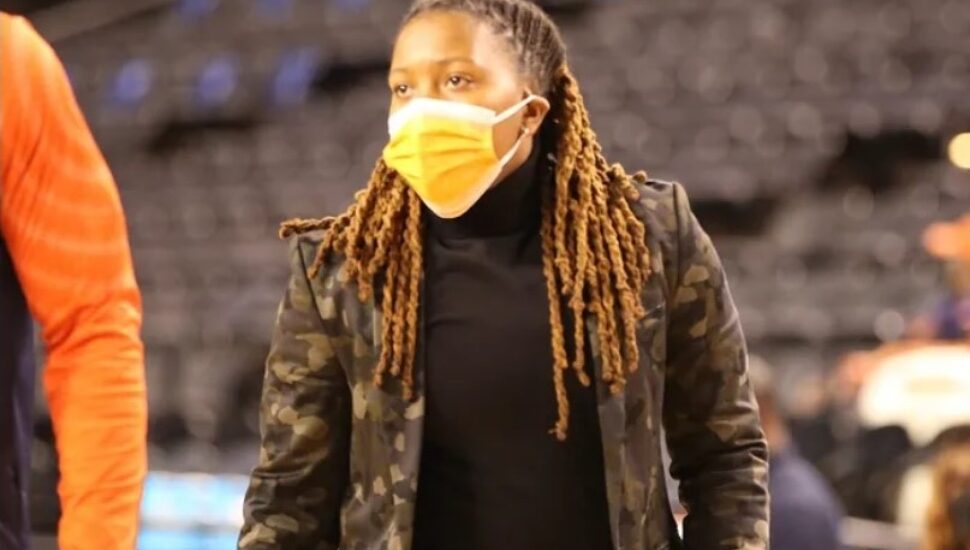 “Building from scratch, that’s my motto. Fresh ingredients and I’ve got to go out and handpick every ingredient. I can’t just go to the grocery store.”

Mosley’s calling around, visiting gyms, and, in a sign of the new age, going out on Twitter.

She tweeted out at 6:25 p.m., Sunday, July 3, “Dear Student athletes, I’ve just started as the new head coach of the women’s basketball team at Cheyney University, and I’m seeking players in the Philadelphia region! #buildingfromscratch.”

It’s been an avalanche of response and the hits keep coming.

The search has been fruitful. Mosley has spotted some good talent.

She needs people who can come to Cheyney University right now. Applying to Cheyney is free, she adds. Plus, there are scholarships available for students from the Philly region, even if they don’t make the team.

“Once I know they apply to the school, then OK, they’re serious,” Mosley said.

Read more at The Philadelphia Inquirer about Cheyney’s search for players.

From Jim Crow to Cheyney Professor, Julus B. Flynn, Jr. Beat Bigotry to Help Others