From Sharon Hill to NBA Draft: The Story of Jalen Duren 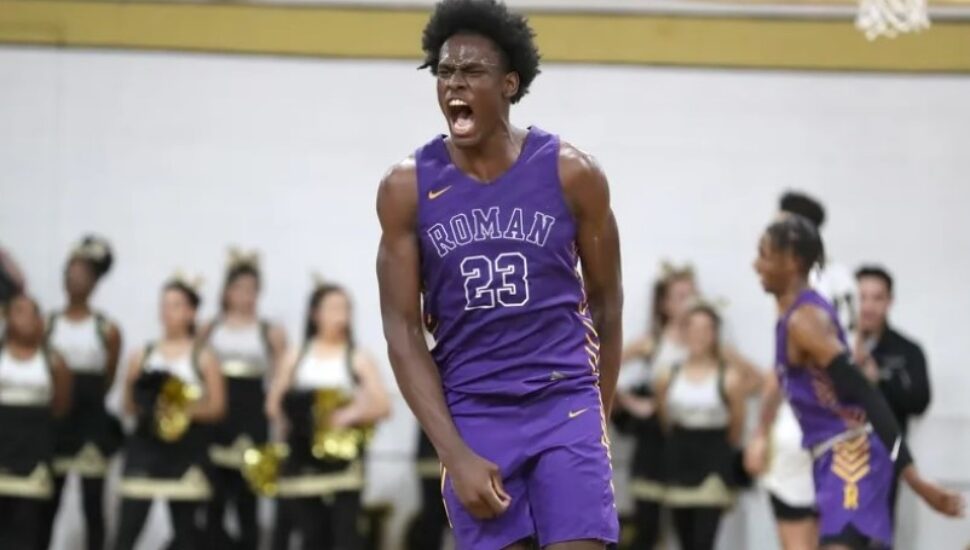 Image via Charles Fo, The Philadelphia Inquirer.
Jalen Duren celebrates after a dunk in a 2020 game.

In spring 2017, there was talk of a 6-foot-5 seventh-grade basketball player originally from Sharon Hill named Jalen Duren who was easily beating the competition, writes Sam Cohn for The Philadelphia Inquirer.

Duren moved from Delaware County to Delaware during his seventh-grade year, blossoming from an oversized middle schooler to an 18-year-old who could end up competing against the top players of the world.

He played at Roman Catholic for two years, winning one Philly Catholic League Championship in 2019 and becoming the first freshman in PCL history to be named first-team All-Catholic.

Irving got Duren some formal training and became a mentor.

“He just became like a big brother and mentor — of course, the guy I train with now. But definitely someone who has been a significant part of my journey,” Duren said.

“Jalen is an All-NBA, All-Star level player,” Irving said. “It’s just a matter of how much work he puts in. I think the sky’s the limit.”

Check out these Jalen Duren highlights.

Chester"s Mahir Johnson Goes All Out at Sixers Workout

Could the Best High School Basketball Team in America Be Right in Our Backyard? No Doubt