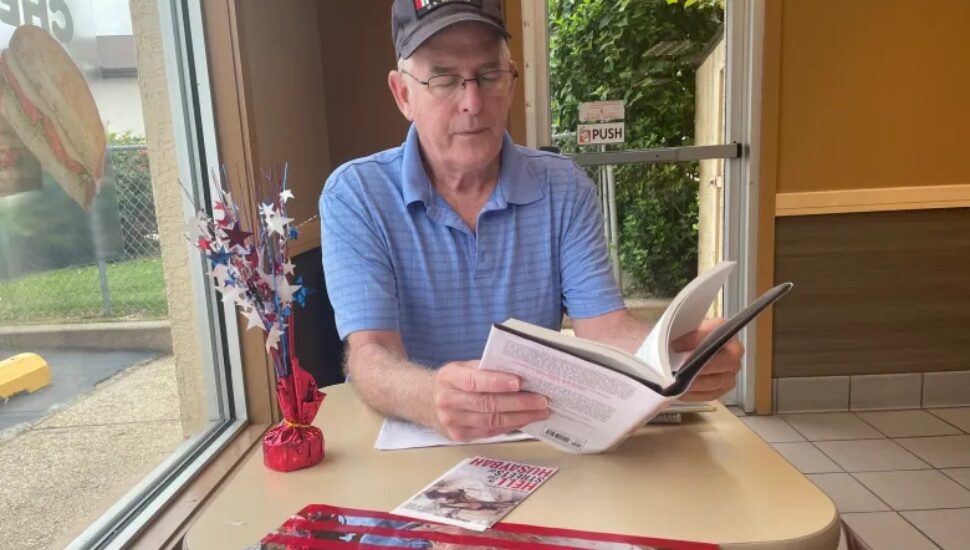 There’s a new book by Lt. Col. David E. Kelly, USMC, Ret., of Springfield that tells the real stories of active-duty U.S. Marines not found in history books or dramatized on TV.

“Hell In The Streets of Husaybah,” comes from recordings of Marines in the field, some right as events were unfolding, writes Peg DeGrassa for the Daily Times.

Kelly was assigned as a Field Historian for the Marines in 2004.

The book offers a chilling description of combat in the small Iraqi town of Husaybah.

He conducted over 190 interviews. The book is based on 22 of them with Marines at all levels of the fight.

Kelly enlisted in the U.S. Marine Corps in 1971 and was commissioned a Second Lieutenant.

His battalion deployed as part of an Amphibious Readiness Group, off the coast of Vietnam for five months but was never needed to deploy.

He was discharged from active duty in 1974 and taught for 41 years with the Archdiocese of Philadelphia, including at the former St. James High in Chester, Monsignor Bonner and Archbishop Cardinal O’Hara.

Kelly agreed to return to active duty in Iraq as one of only two Marine Field Historians there.

2 PA Legislators, From Delco and Montco, Team Up to Help Vets With PTSD