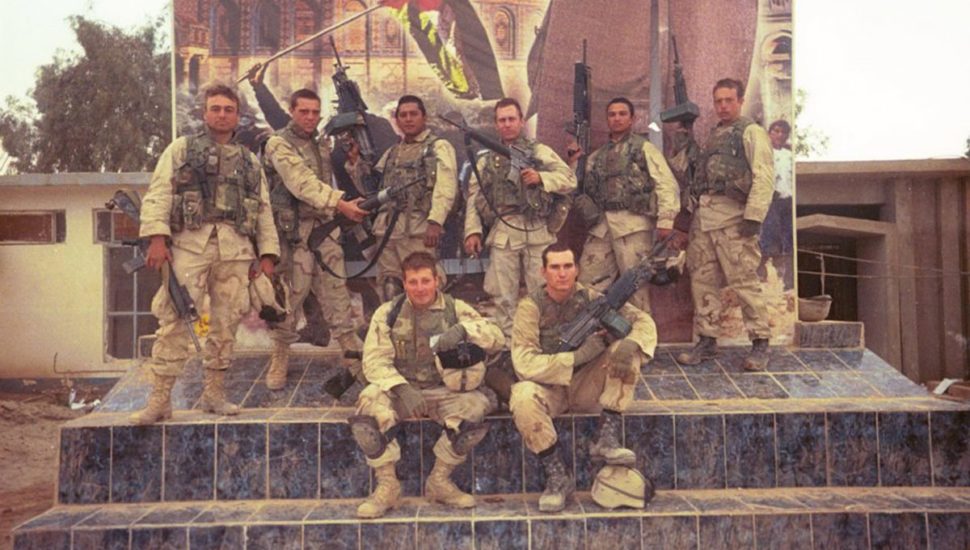 Image of members of the Fox Company, 2nd Battalion, 5th Marine Regiment, via From War to Wisdom.

The film highlights the reintegration of Iraq War veterans into civilian society and the many struggles they face in the process.

The film focuses on several members of Hisle’s unit – Fox Company, 2nd Battalion, 5th Marines – after they return home from the war to discover that this is where the “real battle begins.”

Collins and Hisle met when they were both working at Common Ground on the Hill, a summer series of art and music workshops in Maryland.

“The movie was really Josh’s brainchild,” said Collins. “Combat veterans generally don’t talk to civilians about what happened in the war. So it was an honor to be able to do that.”

Hisle helped Collins by encouraging other members of his unit to talk openly about their experiences. Those interviews have been combined with actual footage of the men in Iraq to create an intimate and honest documentary that gives a unique take on post-war life.

Read more about the documentary in the Philadelphia Inquirer by clicking here.