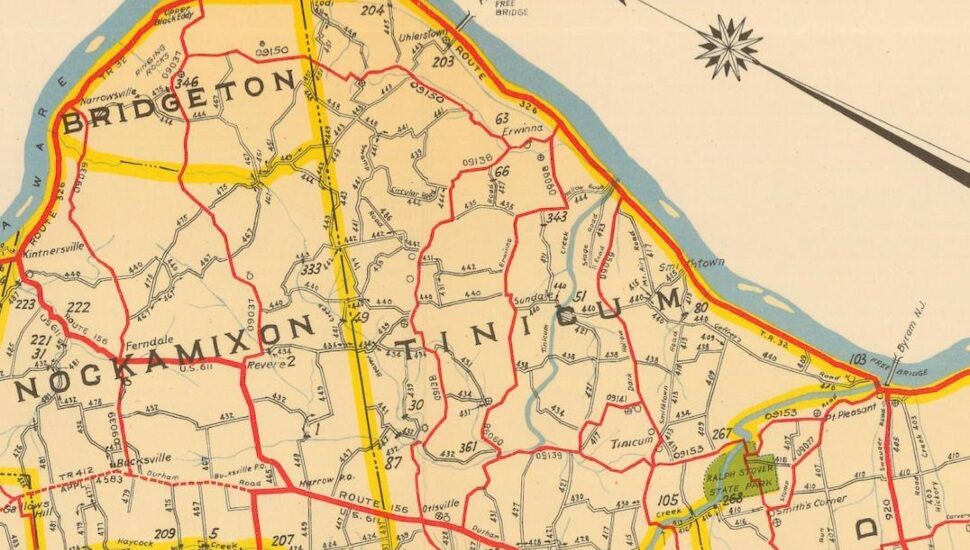 Image via Tinicum Township, Bucks County Facebook.
Another Tinicum in our midst.

How did both areas get the same name?

Their term for “island” was tennakonk.

When Delaware County’s Swedish colonists first arrived in 1643 on a large island in the river where they founded the first recorded European settlement in Pennsylvania, they spelled their new community “Tinicum” trying to get as close as they could to what the natives were calling the island.

Years later and 63 miles upriver, English colonists settled on another island, which the Lenni Lenape again called “tennakonk,” land which covered not just the island but the mainland bounded by Tohickon Creek.

Like the Swedes, the English spelled their settlement by the name they heard the Lenape say—“Tinicum,” and the Bucks County version was born.

Read more at Yahoo! about the origins of the Tinicum name.