Looking at a Time When College Varsity Women's Basketball Was New 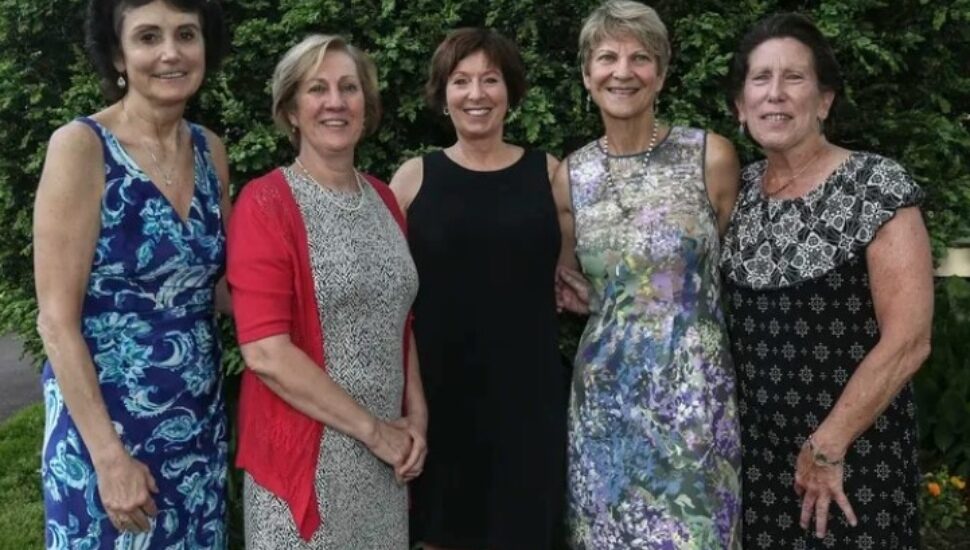 When St. Joseph’s University went co-ed, it made sense to have a women’s varsity basketball team, writes Mike Jensen for The Philadelphia Inquirer.

When Title IX was passed in 1972, it became essential.

The Philadelphia area was already a hotbed for women’s basketball at the CYO and high school levels.

The university turned a women’s club team into a varsity program.

“It’s funny in hindsight,” said Cathy Ritchie Cosgrove, on the club team before it was varsity. “I went to Prendie. We were Delaware County. We already had a strong basketball background.

“But there wasn’t that mindset [of] I want to go be an athlete in college.“

Grentz was always fighting, in a nice way, to get upgrades for the women’s team.

“You couldn’t go into those conversations and bang your shoe on the table and say, ‘Hey, listen. You’ve got to give us what you give the guys.’ They would have shown you the door.”

The women did get noticed when they started winning games.

Read more at The Philadelphia Inquirer about the early days of women’s varsity basketball at St. Joseph’s University.

Phil Martelli Is Still Ready With the Best Advice, Even Sitting Down