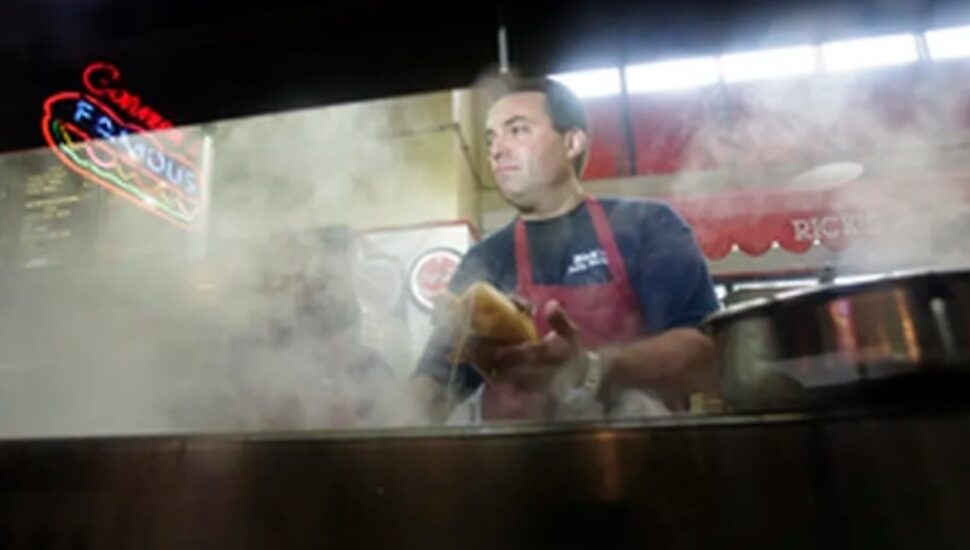 The 57-year-old fought a 10-year battle with early-onset frontotemporal dementia.

“He fought it for every minute,” said his wife, Debi.

Mr. Olivieri had worked for his father, Herb, a son of Pasquale “Pat’ Olivieri of Pat’s King of Steaks.

He opened Rick’s Original Philly Steaks at Reading Terminal after his father retired in 1995.

He went on to have stands at the Bellevue’s food court and the Shops at Liberty Place in Center City, as well as concessions at Citizens Bank Park and Lincoln Financial Field. In late 2013, he opened a place at the Market at Liberty Place in Kennett Square.

He served steaks at an annual festival held in Aix en Provence as part of France’s Sister Cities Program. Mr. Olivieri was also featured in 2004 on Al Roker’s “Roker on the Road” series.

The Olivieris married in 1986. They have two daughters, Kristin and Chelsie.

Debi described him as a doting father and a kind man.

Read more at The Philadelphia Inquirer about the life of Rick Olivieri.

Philadelphia’s Signature Sandwich: a Hoagie or a Cheesesteak?