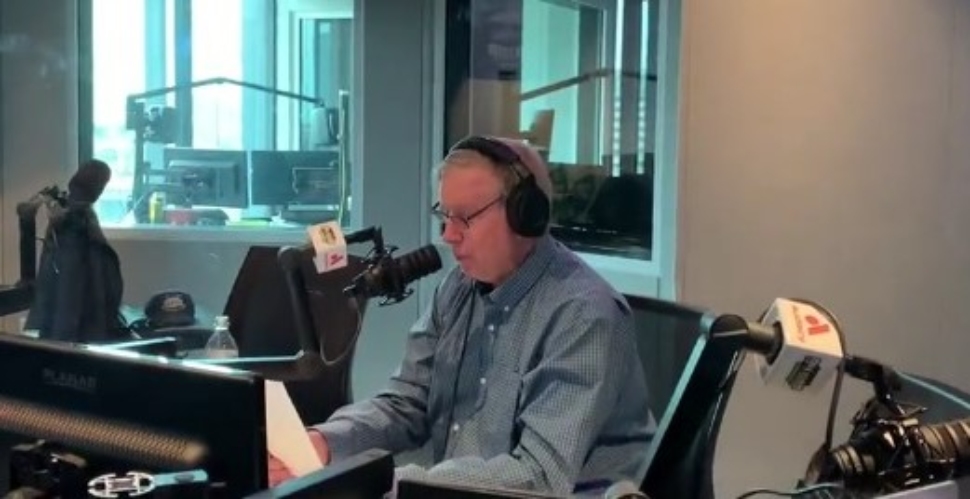 Image via SportsRadio94WIP Twitter.
Ray Didinger announces his retirement on the air at 94WIP.

Ray Didinger, a Philadelphia sports media legend who was born and raised in Delaware County, announced his retirement Sunday morning on his SportsRadio94WIP radio show with Glen Macnow, writes Andrew Porter for audacy.com.

“Sunday, May 29th will be my final show,” Didinger announced. “I am ready to transition from Ray Didi to grandpop.”

In 1995, he made the writer’s honor roll in the Pro Football Hall of Fame.

Didinger worked as a senior producer at NFL Films. On NBC Sports he was an Eagles TV analyst.

Known as “The Godfather” of Philadelphia sports, Didinger was well recognized in the area as a radio host on various SportsRadio94WIP shows, especially the midday show with Glen Macnow.

Didinger was recognized as PA sportswriter of the year five times and was inducted into the Philadelphia Sports Hall Of Fame in 2005.

He is considered one of the most respected analysts in the history of Philadelphia.

You can listen to a 2018 interview with Didinger about his life, career and path to success here.