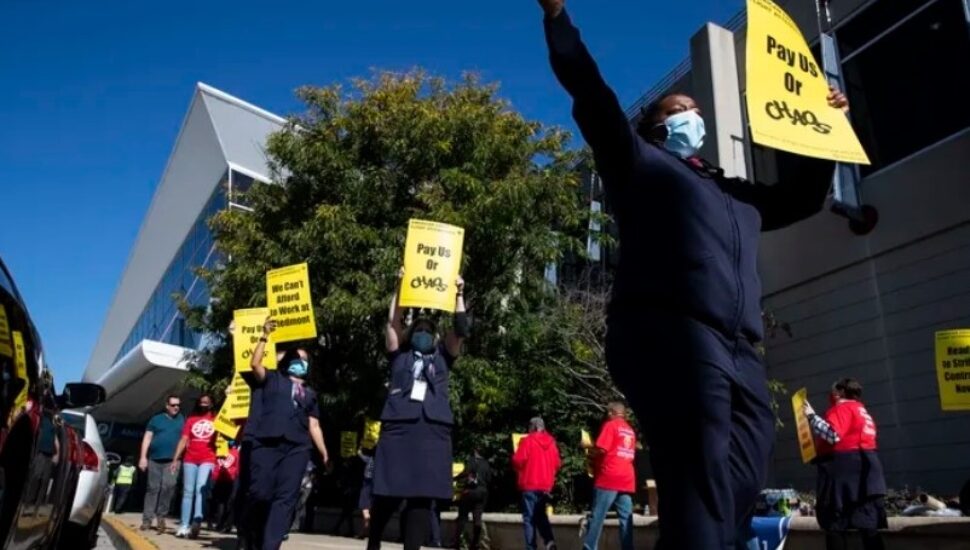 There’s a new flight attendant contract with pay raises and a $1,800 signing bonus for the 300 attendants at the regional carrier Piedmont Airlines out of Philadelphia International Airport, writes  Catherine Dunn for The Philadelphia Inquirer.

Piedmont is owned by American Airlines, the largest carrier out of PHL.

The hourly wage increases 3 to 12 percent under the new contract, depending on a flight attendant’s pay scale.

The base hourly rate goes up 24 percent to 56 percent for the entire four-year contract.

Piedmont’s flight attendants are based out of Philadelphia or Charlotte Douglas International Airport in North Carolina.

The union had authorized a strike last October when negotiations slowed during the pandemic.

No strike occurred, but a vote to strike “changed the dynamics at the bargaining table almost immediately,” according to the Association of Flight Attendants-CWA.

A tentative agreement was reached in January. Union members voted early March by 87% to ratify the new contract.

“This contract will make an immediate difference in our lives at Piedmont,” AFA Piedmont President Keturah Johnson said.

Read more in The Philadelphia Inquirer about the new flight attendant contract for Piedmont Airlines.

Travel Finds to Keep You Moving (Not Untangling Cords)