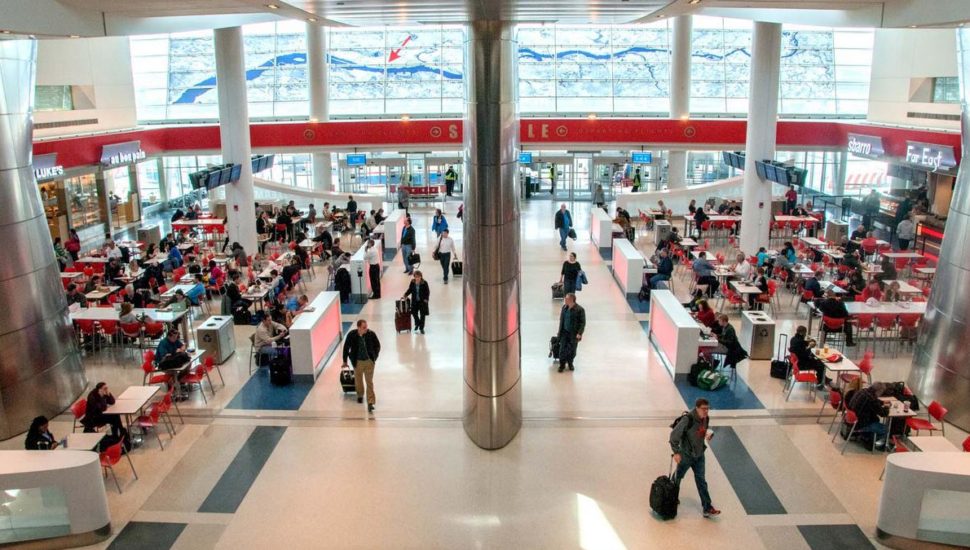 Local Philadelphia International Airport baggage handlers and cabin cleaners have joined a local union in order to land a better contract with the airline. Image of the Terminal F hub via the Philadelphia Business Journal.

The Philadelphia International Airport seems to have made it through some recent turbulence now that 1,000 of its subcontracted workers have joined a local union.

The workers for American Airlines subcontractors PrimeFlight and Prospect Airport Services are close to landing a deal with the airline now that they’re part of the 32BJ Service Employees International Union, according to a Philadelphia Business Journal report by Alison Burdo.

The baggage handlers, cabin cleaners, wheelchair attendants, and others who have threatened to strike as recently as last month are now negotiating contracts with American.

“We commend American Airlines for bringing their contractors, PrimeFlight and Prospect, to the table and working towards an equitable resolution for all parties,” said 32BJ SEIU President Hector Figueroa. “This is an important moment in the national campaign to win dignity and respect for the thousands of contracted airport workers across this country.”

The addition of the workers more than tripled the union’s presence at the airport.

Read more about the union deal in the Philadelphia Business Journal here, and check out previous DELCO Today coverage of the airport here.