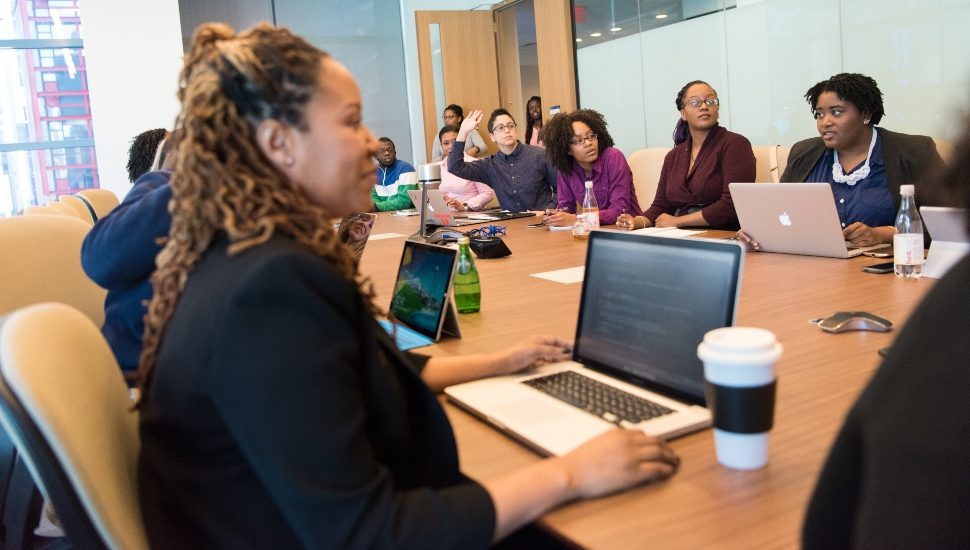 Image via Christina Wocintechchat at Unsplash.

The ranking includes 300 entities and was compiled using a Statista survey of 85,000 women across 40 countries. Women were asked to rate employers in areas such as pay equity and parental leave, and other gender equality-related issues.

Philadelphia-based Urban Outfitters ranked the highest, No. 55. The company has four women in its senior leadership team of eight.

Crown Holdings, also based in Philadelphia, ranked at No. 100. Out of the company’s 18 corporate officers, three are women. The company also recently started celebrating women in the workplace with a video series and championing gender equality.

Berwyn’s Ametek is next at No. 156, followed by Wilmington-based chemical giant DuPont at No. 183.

Camden’s Campbell Soup Co. rounds out the list in No. 294.

Pennsylvania’s Hershey Co., led by Led by CEO Michele Buck, was named the most female-friendly company in the world, according to the rankings, based on its:

Read more about the most female-friendly companies in the Philadelphia Business Journal.

As It ‘Transitions into an Exciting Future,’ C&N Announces Changes to Board of Directors