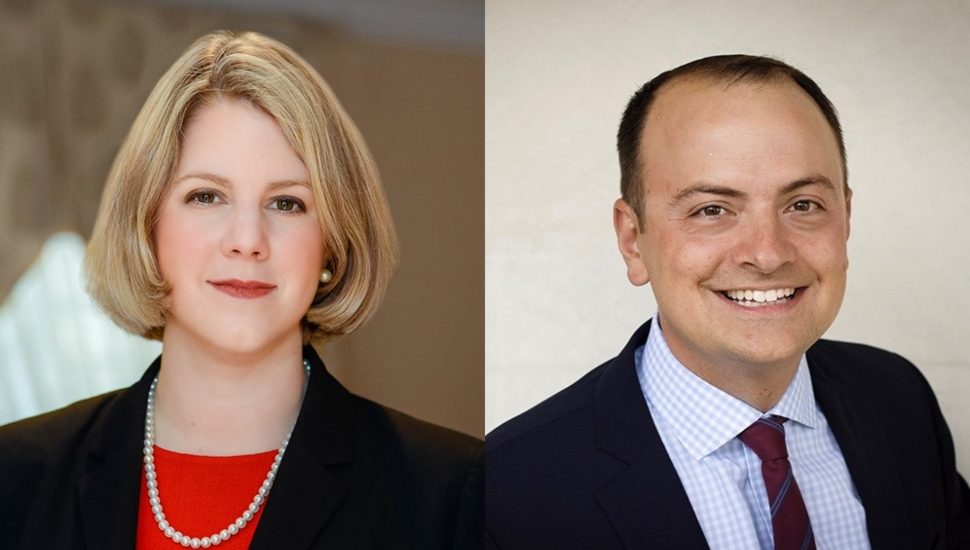 City & State Pennsylvania’s 2021 40 Under 40 list is out, and two movers and shakers with ties to Delaware County have found their place among the most influential Pennsylvanians that are under the age of 40.

Clare Pozos, a Delaware County resident and Senior Advisor to the U.S. Attorney, Eastern District of Pennsylvania, has worked her way up the legal ladder more quickly than most.

She started working in the U.S. Attorneys’ Office eleven years ago and has been in her current position since May 2018. In her role, she heads the Office of Public Affairs and Engagement and also works to strengthen the relationships the office has with law enforcement and community partners.

In addition, she continues to prosecute criminal cases related to narcotics, fraud, and public corruption.

He plays a key role in advancing the organization’s policy objectives. He also has an extensive background in working on political campaigns and for political leaders, including for U.S. Sen. Pat Toomey and former Republican presidential nominee John McCain.

Read more about the 2021 Pennsylvania Forty Under 40 movers and shakers in City & State Pennsylvania.