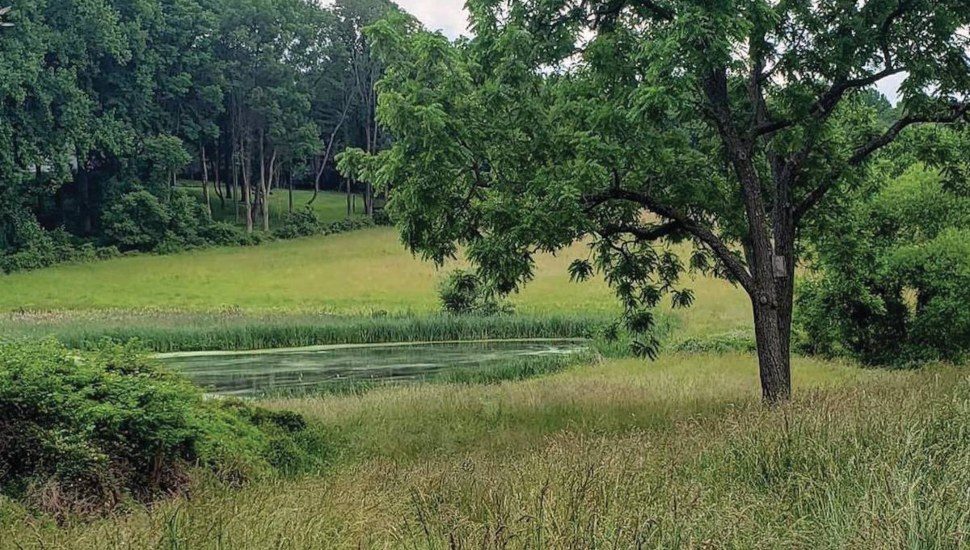 The land is close to Dilworthtown Village across from the Brinton 1704 House off Oakland Road.

A network of nonprofits keep the fields as they were hundreds of years ago.

The Preserve is protected under a conservation easement. It is home to 92 native plant species with a large number of pollinators, and a large pond.

The Preserve will open to the public next spring, with a trail system, restrooms and amenities.

“This is the first property we wanted to acquire and open for public use,” says Steven Carter, NALT’s president. “The Brandywine Valley is our home, and this space is three miles from our current headquarters.”

Brinton Run Preserve also has historical significance as the retreat route taken by the Continental Army on Sept. 11, 1777 following their defeat to the British in the Battle of Brandywine.

That led to financial support from battlefield protection groups.

Ken Lawson retraces the steps of the 17-mile British flanking march to the Battle of Brandywine on the 238th anniversary.

If You’re in Chadds Ford, Make Sure to Visit the Chadds Ford Winery or Many of the other Wineries and Brew Pubs in Delaware County. Get Your FREE Delco Brew Pub and Winery Guide.