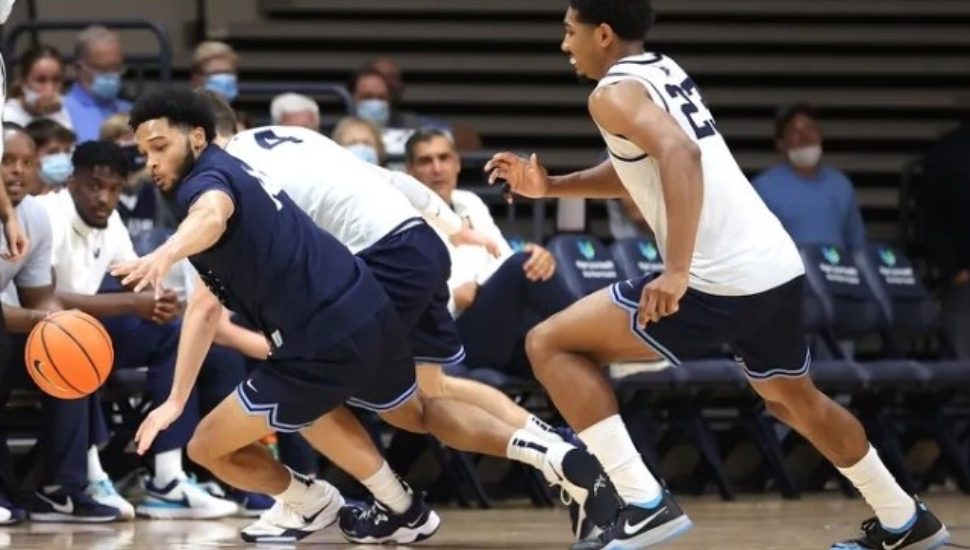 Image via Charles Fox, The Philadelphia Inquirer.
Caleb Daniels (left) dives for a loose ball in front of Jermaine Samuels during an Oct. 7 basketball game.

Villanova returns to the college basketball court with four starters from last season’s team that advanced to the Sweet 16 of the NCAA Tournament.

Veteran starters Collin Gillespie and Jermaine Samuels were back for a fifth season. The other two returning starters are guards Justin Moore and Caleb Daniels.

This is the seventh  year in a row Villanova has ranked in the top 10 in the AP poll.

The Wildcats lost only Jeremiah Robinson-Earl from their 2020-21 team.  That team finished 18-7 and captured the Big East regular-season title for the sixth time in the last seven seasons.

Villanova won two games in the NCAA Tournament before losing, 62-51, in the Sweet 16 to Baylor, who went on to become national champions.

Read more at The Philadelphia Inquirer about Villanova’s ranking in the new season.