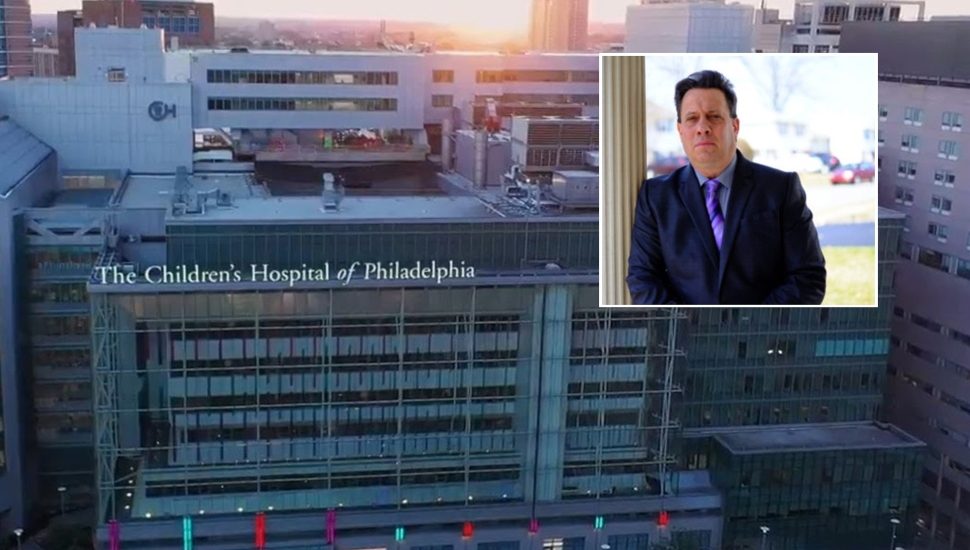 Background image via the Children's Hospital of Philadelphia.
Delaware County native Michael Duff, a Respiratory Therapist at CHOP, moonlights as a freelance photographer and filmmaker.

By following his passion for the arts, Collingdale native and Broomall resident Michael Duff balances the stress of the intensive care unit at Children’s Hospital of Philadelphia with his creative work as a filmmaker.

It’s a juggling act inspired by a book he read long ago that resonated with him.

While maintaining his career as a licensed Respiratory Therapist at CHOP, he has also written and directed short films and is nearing the online completion of a Film and Visual Arts degree from Arizona State University.

When Duff graduated from Collingdale High School in 1975, he didn’t know what he wanted to do, so he became a Merchant Seaman for five years and traveled around the world working on oil tankers and freighters. Although he made good money, he admits it was a lonely life.

“When I returned, I enrolled in a two-year program at Crozer-Chester Hospital for Respiratory Therapy,” he said. “I began working per diem at CHOP and full-time at Crozer, but the hours were killing me. So, I switched to CHOP full-time, which was the best decision I ever made. I will be there 20 years next February.”

“I work in the ICU, and it’s very, very busy,” said Duff. “I work in conjunction with the ICU doctors and pulmonary doctors and take care of patients with any type of respiratory care they need. I enjoy my job immensely, but you have to remember it is a very stark reality down there. It changes your perspective on life.”

With no desire to leave his job, but in need of a creative outlet to help unwind after busy days in the ICU, Duff did some soul-searching. He eventually found inspiration in a book on Leonardo da Vinci: How to Think Like Leonardo Da Vinci by Michael Gelb.

“The book was about the joy of life and about reaching out,” said Duff. “I think a lot of people don’t push forward with their passions because of a fear of failure.”

Newly inspired, Duff took some photography classes and eventually formed his own photography business. And realizing then that it was never too late to pursue one’s passion, he made another leap into a film career by enrolling in film school.

“Film school would have been my dream come true at the age of 20,” he said. “I learned Arizona State University has an online degree for Film and Visual Arts, so I started five years ago and have about five classes left for my degree.”

Duff admits that writing and directing screenplays provides that needed balance between the realities he witnesses in the ICU and the fictional world he can create on film.

“It’s escapism,” he said. “One is using the right side of the brain, the other is using the left side. I think it’s good to have that balance, the whole brain thinking.”

Another reality he knows is the uncertainty of the film industry — and the never-ending search for acceptance and financing for his screenplays — in contrast to the dependable income of a Respiratory Therapist.

“I don’t have the means to finance films yet, so I’m making short films,” said Duff, who has one in the works, entitled A Night from Hell, that was filmed at Romarco’s Restaurant in Clifton Heights. “But even though I love the arts with a passion, I’ve got a wonderful family that I have to take care of.”

Duff has been married for 26 years and has two children.

“I am very blessed,” he said. “I have a job I love and something else I love too. I don’t know where it’s going to take me, but I’m having the time of my life.”

Havertown Filmmaker Michael Tollin Busier Than Ever With New Projects